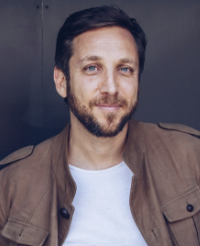 Adi Jaffe, Ph.D. is a nationally recognized expert on mental health, addiction, relationships and shame. He was a UCLA lecturer in the Psychology department at UCLA for the better part of a decade and was the Executive-Director and Co-Founder of one of the most progressive mental health treatment facilities in the country - until he started IGNTD.

Dr. Jaffe, through IGNTD, is changing the way people think about, and deal with mental health issues. His passion in the role of shame destroying lives is the philosophy behind IGNTD Recovery and its aim to greatly reduce the stigma of addiction and mental health.

Dr. Jaffe attended UCLA, graduating with a B.A. in psychology. It was during his undergraduate career that Adi began struggling with drug issues himself, eventually leading to a 4 year hiatus from studies and into the Los Angeles drug-dealing world where he became quite successful. During that period of his life, Adi's days looked more like a re-enactment of a beatnik novel or a Quentin Tarantino film than the life of an upper-middle class suburban kid. Following a SWAT team arrest in his apartment, and extended court case and a year-long jail sentence, Adi began rebuilding his life. This eventually led to his attainment of a Ph.D. from UCLA's top-rated doctoral program in psychology, where he graduated with honors. Even before he graduated Dr. Jaffe’s name had become known through his online and academic writing. His views on addiction and his research on the topic have been published in dozens of journals and online publications and he has appeared on numerous television shows and documentaries discussing current topics in addiction and the problem of addiction as a whole.

Dr. Jaffe now writes a blog on Psychology Today, and several other online and print sources. His goal is to bring the latest knowledge about addiction to the people who could benefit from it most – those who are suffering because of it. His writing combines personal experience with a decade’s worth of fine-detail research regarding the mechanisms involved in the addictive process. Dr. Jaffe has been featured in CNN, The Huffington Post, Bustle, Los Angeles Times, KTLA.

Dr. Adi Jaffe holds a Ph.D. in psychology from the University of California, Los Angeles (UCLA). He teaches courses at UCLA that address addiction specifically, research statistics or biological psychology and behavioral neuroscience more generally. Well-known for his online and academic writing, Dr. Jaffe’s views on addiction and his research on the topic have been published widely in both academic journals and popular magazines and websites. He has appeared on several television shows including Good Morning America, The Dr. Oz Show, The Doctors and Larry King Now and in numerous documentaries discussing current topics in addiction. He has also been the guest on notable podcasts including Getting Curious with Jonathan Van Ness, Almost Thirty, Dr. Drew, Cleaning Up the Mental Mess with Dr. Caroline Leaf and many more.