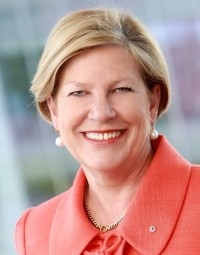 Ann was appointed as Chair and Non-Executive Director on 1 January 2020 for Enero Group.

Ann is the former Chair and Chief Executive Officer of Carnival Australia and continues as an adviser to Carnival Corporation. Carnival is the world’s largest cruise ship operator and owner of the iconic brands P&O Cruises, Princess Cruises, Aida, Cunard, Holland America and Seabourn. She transformed the industry and growth has been double digit each year since 2007. Carnival Corporation and is involved in the development of regulation, training and improved practices on ships globally.

Prior to this, Ann was with Westpac for 12 years and was Chief Executive Officer, Westpac New Zealand, CEO, Bank of Melbourne and Group Executive, People & Performance. She was a driver of cultural change, community engagement and customer focus in commercial and retail banking.

Before joining Westpac, Ann was First Assistant Secretary of the Office of the Status of Women in Canberra, advising the Prime Minister on policies and programmes to improve the status of women and was Australia’s representative to the United Nations forums on human rights and women’s rights.

Ann is a recognised business leader in Australia who is currently a Director of ASX-listed National Australia Bank, Chair of its Customer Committee and a member of its Remuneration Committee. Ann is also a Director of ASX-listed Sydney Airport, Chair of its Remuneration and Nomination Committee, as well as a member of its Safety, Security and Sustainability Committee.

In 2001, Ann was awarded a Centenary Medal by the Australian Government for her work on providing banking services to disadvantaged communities.

In 2004, Ann was awarded an Order of Australia for her contribution to the Australian community through the promotion of corporate management policies and practices that embrace gender equity, social justice and work and family partnerships.

In 2013, she was awarded an Honorary Doctor of Letters by Macquarie University for her contribution to business and civil society.

In 2015, Ann was named the overall winner of the AFR 100 Women of Influence for her corporate leadership and achievements in promoting diversity and female representation across a variety of sectors during her thirty year career.