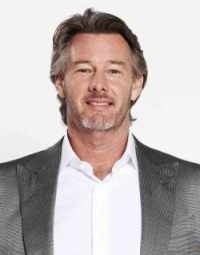 With over 30 years in the building industry, Barry’s worn many hats beyond the hard hat! But it wasn’t until his role as a Judge on Network Ten’s show, The Renovators that Australia had the opportunity to get to know this highly evolved, loveable character.

Barry has completed an apprenticeship as a carpenter and joiner. In 1984 he completed a Building certificate which led to the creation of his own building company. His career has also involved a three-year posting as President of the Master Builders Association for the Eastern Suburbs and heavy involvement in local council where he also stood as an independent councillor.

Early on, Barry specialised in renovations and small extensions, but by the late eighties he started buying, renovating and selling small homes and terraces. Being true to his ambitious nature, it was no surprise that in the eighties the walls he built became larger and larger and extended to multi-million dollar properties with water front play grounds.

At the age of 46, Barry decided to step away from building sites in order to focus on family and to also chase adventures he always wanted to explore. For the past six years Barry has spent a lot of his time travelling around Europe doing all the things he loves: sailing, car racing, dirt bike riding, and embracing people and cultures from all over the world.

Less than 2 years ago Barry was plucked out of retirement to be a Judge on The Renovators which then led to his current presenting role on Network Ten’s The Living Room. He is also a weekly contributor on 4BC’s Home Improvement Show. Barry is loving his new career and is grateful that he can impart his philosophies and extensive knowledge on everything to do with property/ design/ building/ renovating/ investing /craftsmanship etc.

Barry is also doing consultancy work with an investment bank - advising on property and development opportunities.

Barry Du Bois is a humble, compassionate, lively, Aussie bloke who has weathered more than just bad weather on a building site. And, he’s never short of advice and a story...