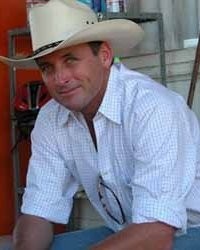 From an early age, Ben had an affinity with the bush. Born on a dam bank in 1972, he spent the first 11 years of his life on his parents' property in Stanthorpe, south-east Queensland.

In 1984 Ben was sent to a boarding school. He then spent his time roving around the Queensland outback on horses and motorbikes, through shearing sheds and stock camps, where he mustered cattle and saddled horses.

In 1994, Ben started at Brisbane radio station B105 and was with them for two and a half years. With his love for Australia's history, Ben then signed in 1998 with Nine to present Ben Dark's Australia, featuring some of Australia's most famous and infamous explorers, with Ben loosely retracing their journeys and using their amazing stories of adventure and survival as a basis for his travels.

In 1999 he joined Channel 9’s program 'Getaway', and is now their longest serving reporter.

Ben is an excellent Master of Ceremonies equally happy with a scripted or combination of scripted and ad lib format. He has a genuine warmth and charisma about him, and never fails to capture the audience. He is an absolutely delightful personality.