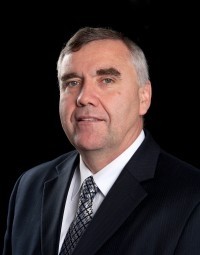 Bernie Brookes is the former CEO of Myer Pty Ltd having held the role from June 2006 - May 2015. When he became CEO of Myer the business had lost $66m, and it was carved out of the Coles Myer Group in 2006 and was one of the Top 200 listed companies with a market capitalisation of over $1b and the last seven years of profitability in excess of $150m. He is recognised as the Chief architect of the Myer turnaround.

Bernie aimed to create a new mindset within the business so that Myer’s culture became more results oriented. Remuneration and clear progression changed to being based on performance rather than age and years of service in the business. As well as recognising staff for their achievements, a number of initiatives were devised so staff could develop professionally including the new Graduate Program, the Management Development Program and Awesome Service training. Over 17,000 have been through these programs.

Bernie’s a Managing Director/CEO with expertise and substantial experience in Retail and wholesale Operations, Buying, Information Technology Systems, Supply Chain and Human Resource management in a fast moving and dynamic environment. His experience includes leading a multi-divisional organisation during significant periods of change and re-engineering. Having worked in three states across all major divisions, he has an excellent grasp of a variety of areas of senior management.

He has significant international experience. His strengths include expertise in business management displaying energetic and self confidence with the ability to find solutions to complex situations, through analytical, conceptual and entrepreneurial skills. Ultimately he is motivated by results. With 40 years of experience he brings substantial skills in managing change, organising people and leading teams with a passion for entrepreneurial-ship and empowerment.

Bernie has established a joint venture between Woolworths and Tata in the year 2000 by living in Mumbai for over 2 years to establish a set-up of the Croma Stores which was a 30 store chain which turned out to be quite successful for both Woolworths and Tata. He was awarded an Indian Icon Award by the Indian Retail Association.

Bernie also established the supply and procurement offices in Shenzhen for Woolworths and then in Hong Kong and Shanghai for Myer.

Bernie speaks at many international conferences and is an active member of the two largest retail Boards in the World.

Bernie has also been a strong supporter of the Olivia Newton John Cancer and Wellness Clinic, Redkite and Vision Australia. All of these involved various sponsorship and support operations initially from Woolworths and more recently from Myer Holdings Ltd to assist these organisations.

In 2019 Bernie became Chair of Funtastic, which owns brands such as Pillow Pets, Chill Factor and Floaties.