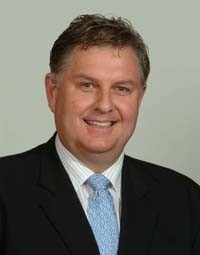 With over 25 years' experience in the media and a term as a Member of Parliament in Queensland, Chris remains a talented and professional guest speaker and Master of Ceremonies. During his time in the media, Chris spent almost 21 years at Channel 9 and also had stints with several radio stations including 4BC, 4BK and Triple M.

‘Bomber’ as most people know him, is well regarded as a host or Master of Ceremonies having officiated at many corporate functions for organisations such as Surf Lifesaving QLD, Channel 9 and Professionals Real Estate Group.

He was a reporter/presenter for Channel 9 Brisbane, where he also took on the role of football commentator, Commonwealth Games reporter/caller and surf lifesaving host/commentator.

At various stages during his career in journalism, Chris wrote a regular column for the Sunday Sun in Brisbane, as well as making contributions to the Qantas Airlink magazine, the AMF magazine and various other publications. He has also written and voiced corporate videos, commercials and engaged in public relations campaigns.

An Alumni Award Winner whilst studying a Bachelor of Business Communications at QUT, the self confessed sports lover enjoys being back in the media, entertainment and corporate sectors.