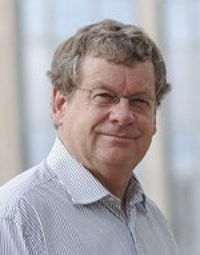 Chris Masters worked at Australia’s longest running public affairs television program, Four Corners between 1983 and 2010. He made over 100 reports for the national broadcaster’s flagship program, many of them well remembered and some of them nation shaping.

His most famous report ‘The Moonlight State’ investigating police corruption in Queensland initiated the Fitzgerald Inquiry and a raft of reforms that reached beyond Queensland.

He completed a two part series on the Afghanistan conflict ‘A Careful War’, which was broadcast on Four Corners.  An account of the program and the mission was delivered at The Lowy Institute.  ‘Tour of Duty’ broadcast by Network Ten, was an up close account of the operations of Australian Special Forces in Afghanistan.

In 2012 Chris chaired the non fiction and history categories of the Prime Minister’s Literary Awards. He is the author and presenter of a three part history documentary series ‘The Years That Made Us’ broadcast by ABC television.