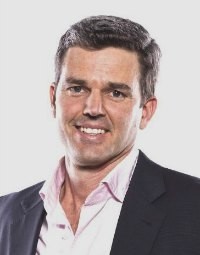 He’s a former ‘resident poet’ for ABC Grandstand, Fox Sports and Triple M who performed weekly poetic tributes and satire to entertain national audiences on television, radio and at corporate events. Today, he’s an MBA qualified management consultant and company director who specialises in the development of strategic sales and marketing programs for national brands and government departments.

Damian has rare skills in both the art and science of marketing. He’s creative and strategic.

Over the past 5 years he has also lead workshops for more than a thousand small businesses, making him one of Australia’s most seasoned and sought after business speakers.

He’s a former current affairs broadcaster, having hosted the drive program on 2CC in Canberra and the Summer Breakfast Show on 4BC Brisbane, where he also reported on business affairs for a decade. He is a seasoned and versatile facilitator, and has chaired forums on business, politics, law and medicine - including a high profile ‘Meet the Press’ forum in Parliament House in Canberra.

Born and raised on a remote cattle property in western Queensland, he proudly takes a practical, ‘no-bull’ approach to sales and marketing, and this refreshing approach has won fans at conferences across Australia, New Zealand and South East Asia.  Damian is now part owner of seven newspapers in regional Queensland and South Australia, purchased in 2020.

He has a Bachelor of Business, Masters of Business Administration (MBA), post graduate qualifications from the Australian Film, Television, and Radio School and is a Fellow of the esteemed Sir Vincent Fairfax Ethics in Leadership Program.

Well done Damian. I thought you made an excellent contribution... I enjoyed it very much.

Damian Morgan is an outstanding presenter. He was able to deliver a compelling presentation for Nova 93.7's acquisition program which delivered results well beyond our expectations. The feedback from clients was overwhelming.

You gave us the direction we needed to reflect, regroup and move forward with the business model and our future company goals. Thank you once again for a job well done, you were great!