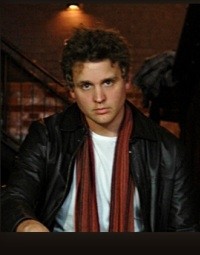 Live music is the perfect additive to any function, party or dinner. There seems to be no limit to the diversity of music up-and-coming Brisbane based performer Dave Power has to offer. From the soulful croonings of Frank Sinatra to the modern jive of John Mayer, Dave fits the bill.

From restaurant ambience to post-formal party mayhem, Dave has the energy and skill to create the perfect mood. Armed with his guitar and immense voice, Dave captivates audiences with not only his commanding stage presence and soaring vocals, but with his vast range of covers and original material.

At 16, Dave Power discovered his mother’s dusty, old Carmentica guitar and found that he couldn’t put it down. Having grown up in North Queensland, Dave left Australia in his late teens to travel the world, taking the guitar with him everywhere he went. Dave, who has since honed his vocals and song-writing skills, is now regarded as one of the most exciting new voices on the thriving Brisbane music scene.

His original EP, Addiction, has been highly anticipated by listeners and DJs alike. And his future looks increasingly bright. The EP has attracted thousands of listeners to Dave’s MySpace page, and has received solid internet radio airplay, and great support from the public.

Dave draws on a number of influences for his work, including Bob Dylan, John Mayer, Chris Isaac, Dave Matthews and James Taylor. Like these artists, Dave has a special gift for storytelling through song, representing his passions for life and love through his music.

With his distinct guitar style and a clear, strong voice, Dave remains a crowd favourite at venues along the east coast (including the Eagle Farm & Rocklea Markets), and continues to be invited to perform at numerous festivals and public, private and corporate events.