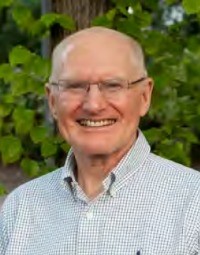 Professor David Hood AM is a civil and environmental engineer with vast experience across major civil and military projects, professional development in emerging economies, senior management in both the public and private sectors and in education.

Following a successful career in project management David took over and commissioned Australia’s then New Parliament House in the mid 1980s.  Since that project, David has become increasingly involved in fostering a culture of sustainability across all engineering disciplines, and the built environment.

David is an Adjunct Professor in the Science and Engineering Faculty at QUT where he inculcates sustainability across education and research.  He initiated, and was Founding Chairman of the Australian Green Infrastructure Council (now ISCA), which developed the world’s first full sustainability rating scheme for infrastructure.

David is an accredited Presenter with Al Gore’s Climate Reality Project, and in August 2011, David was included in the ABC Carbon list of the top 100 Sustainability leaders in the world (and every year since).

David was the 2012 National President of Engineers Australia (EA). In 2013 David was made an Honorary Fellow of EA.

On Australia Day 2013, David was made a Member of the Order of Australia in recognition of his enormous contribution to engineering through industry associations, and for lifting public awareness of sustainability.

In addition, David now Chairs an environmental charity, The Long Future Foundation, is Deputy Chairman of Beyond Zero Emissions and is a QLD Councillor of the Australian Conservation Foundation.