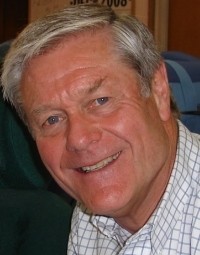 David Parkin has had an outstanding career in Australian Rules Football as an extraordinary player and brilliant coach of both AFL and State teams.

Until the end of the 2012 season David was the coach of the Carlton Football Club and coach of the Club's Team of the 20th Century. He was previously the State Director of Coaching with the Victorian Football Development Foundation. His distinguished record as a player saw him play 220 senior games with Hawthorn.

David coached the Subiaco, Hawthorn, Carlton and Fitzroy Football. David trained as a Primary School teacher and has spent eighteen years in Teacher Education. He is presently Lecturer in Health, Physical Education and Recreation at a leading tertiary institute. He is currently a media commentator who has appeared on Talking Footy on the Seven Network and is now a panellist Fox Footy's Fox League Teams and a commentator for ABC Radio. In 2002 he was inducted into the Australian Football Hall of Fame.

David is the author of around a dozen books on coaching, sports psychology, self-improvement and related topics. These days, he is a busy and popular corporate motivational speaker who is in high demand for business and leadership presentations.