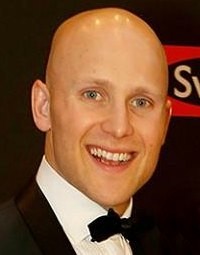 Arguably the greatest player the game has ever seen, Gary’s list of achievements is endless. The son of the great Gary Ablett Snr, Gary Jnr debuted for Geelong in 2002 with great expectations on his shoulders. Continually being compared to his famous father and what he was able to achieve in the game, Gary Jnr has no doubt gone past his father in many expert’s eyes.

Leaving Geelong at the end of 2010 was one of the hardest decision Gary had to make as he left behind an Ablett legacy to go and carve out his own journey up on the Gold Coast at the AFL’s newest franchise. Many questioned at the time whether Gary would be able to keep up his high standards at his new club given he no longer had his champion team mates around him, however Gary again answered his critics as he continues to take his game to new heights.

Unfortunately, injuries have not been kind to Gary since the 2014 season, however the games he has managed to play are always up to the quality people have come to expect.  This included a terrific start to the 2014 season when he was arguably his most dominate before suffering a season ending shoulder injury in Round 16. Amazingly Gary polled 22 Brownlow votes in the 16 games he played and almost pulled off the unthinkable when he still held the lead in the count at Round 20 before falling four votes short.

Gary returned to his sparkling form in 2015 before being struck down by various injuries including a serious knee injury late in the season. Then after a change of luck in 2016 Gary played the first 16 games of the season before suffering a recurring injury to his shoulder he had reconstructed in 2014. In 2017 Gary was sensational again playing a dominant role in the midfield as well as hitting the scoreboard on regular occasions. Whilst a hamstring injury interrupted the last bit of his season, Gary managed 14 games and won the Club Best & Fairest for a fourth time.

He will return to Geelong for the 2018 season.