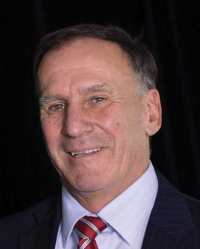 Glenn is a fifth generation Cooper. Glenn commenced his career as an automotive electrician, and later studied computing and marketing, gaining an Associate Diploma in Business.

He set up a private business in computer sales and contract services. This company grew to a substantial size with offices in Adelaide and Brisbane.

In 1990, Glenn joined the family brewery. He held the responsibility of Marketing, and oversaw the launch of numerous beers in the Coopers beer range, including Dark Ale, Extra Strong Vintage Ale, Mild Ale, Premium Lager, and more recently, Coopers Clear.

Glenn received a Centenary Medal, and was awarded a Member of the General Division of the Order of Australia for service to the food and beverage industry and to the community through support for cultural, charitable and sporting organisations.

In 2007, Glenn completed the Kokoda Track, following in the footsteps of his uncle, Colonel Geoff Cooper.

Glenn retired from his executive position at Coopers Brewery in 2014, but retains his role as Chairman, promoting Coopers around Australia and overseas.

His entertaining and inspirational keynote is his story of how Coopers survived 150 years against the Brewing Giants. It's a story of survival for small companies, of values and principles and the leadership and business qualities needed to succeed.