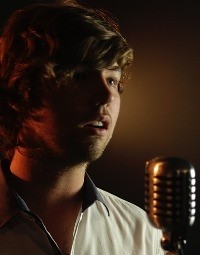 Jake Bristow is well sought after Jazz Pianist, Hammond Organist Vocalist and music educator in the Brisbane area. Tertiary Educational Achievements include a Bachelors Degree in Jazz Piano from the Jazz Music Institute and a Graduate Certificate in Jazz Voice from the QLD Conservatorium.

Since Graduating JMI, Jake has worked extensively in the live music scene of Brisbane across many different styles. He has presented many of his own shows at venues such as JMI Live and The Brisbane Jazz Club as well as being hired for various well renown Jazz Musicians of Brisbane. Artists include Bruce Woodward, Melissa Forbes, Helen Russell, Jamie Clark, David Sanders, Paul Hudson, Melissa Western and Charlotte Mclean to name a few. Jake has also held a residency at the Doo-Bop Jazz club in the city since its opening in June 2017. He has facilitated and managed the Late Night Jam every Tuesday night with his house trio. This gig has enabled Jake to become an active and supportive member of the jazz community, enhancing his craft and bolstering his profile.

The corporate and covers scene has also enabled Jake to play many functions for large companies and major events. Jake is the principal keys player for Daryl Murphy's outfit called 'Savvy' which is booked throughout the year up and down the coast. Other corporate bands include Baseline Studios and Sessions Entertainment. 2017 included some international travel for Jake as he played two cruise contracts for P&O through Redtie Entertainment.

Currently Jake is a piano/vocal tutor and ensemble director for Clairvaux Mackillop College in Mount Gravatt. He has been teaching at the College and is heavily involved in the flourishing program.