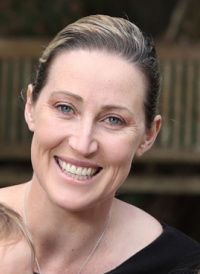 Jana Pittman’s story is a roller coaster of triumph, defeat, failure and success. She will take you on a journey through the peaks and troughs that helped shape her career and build her into who she is today.

Two times World Champion, four times Commonwealth Champion, in the sport of athletics, Jana Pittman personifies resilience and determination. When continued injuries hampered her athletic career could have signalled retirement, she swapped the track for the ice. Jana joined the Australian Women’s bobsleigh team, to become the first women to represent Australia in both a Summer and Winter Olympic games.

Off the track Jana has completed a Bachelor of Medicine & Surgery at the University of Western Sydney with the future goal of practicing in Obstetrics and Gynaecology.  In her 4th academic year she was on the Deans Merit list for maintaining a High Distinction average (7.0 GPA).

With her keen interest in women’s health Jana is currently an ambassador for the ‘Australian Cervical Cancer Foundation’, Save the box (RANZGOG) and Targeting Cancer.

This busy woman is proud mum to four children and she also runs her own health and fitness business. Her autobiography ‘Just Another Hurdle’ came out in 2017.

“What an incredible journey life has taken me on. I have failed over and over again, but I believe 100 percent, that if you keep battling on, it will happen. If one door shuts prematurely, then another door will open and an even greater future will unfold. Maybe my next challenge will beat me too, but I will just get back up again and keep on fighting”

Have Jana inspire and entertain at your next event or bring her in for a ‘personalised workshop’. Jana can tailor make a presentation to your needs or use some of her favourite topics to uplift your audience.

Jana is currently competing in the 2021 SAS Australia series.