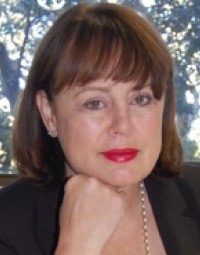 Judith has worn zebra-print shoes into a courtroom, represented transsexuals, bikers, alleged murderers and rapists, and raised four children on her own. She is an expert in forensic science, and an internationally known jury researcher.

Judith has carried out several research projects on juries, including a study of juror intimidation at the WA Attorney General’s personal request.

Judith has taught at several universities, teaching police and scientists about law, and lawyers about science. She has mentored many young lawyers.

She is a regular public speaker, her most challenging audience to date being 2,000 primary school children! The nicest comment was, “from zero to hero”, which she has adopted as a theme.

Her stories about the travels and travails of a woman in the world of crime and justice as told in her book ‘Life, Law and Not Enough Shoes’ are fascinating. She has been published academically but that wasn’t nearly as much fun.

Judith has regular engagements as a speaker on cruise ships including Cunard and Crystal lines, where she attracted standing room only crowds at her presentations.

Judith has spoken publicly of her personal experiences of domestic violence, and sexual harassment, weaving these into themes of resilience, survival and education. It took her many years before she was willing to do so, but the response from audiences has been overwhelmingly positive.

Her CV is ridiculous in variety and length.

A really interesting and captivating speaker who certainly held the attention of our audience for her entire presentation. Inspirational!

Excellent speaker. Judith is incredibly inspirational, motivational, humorous and personable. We were honoured to have her share her journey with us.