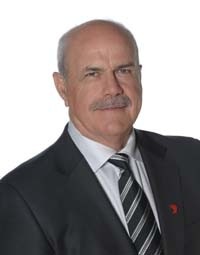 Leigh Matthews is a living legend in AFL football. He was perhaps the best player the game has seen, certainly one of the best, and is now renowned as a superstar coach and one of the most astute tacticians in the business. 2008 was Leigh Matthews’ 10th and final season with the Brisbane Lions. Leigh is now working with corporate clients, extending his highly successful methods into the corporate training sector.

He is an articulate and entertaining speaker, who provides much value for business and life in general.

During his final season with the Lions, Leigh became the eighth longest serving coach in VFL/AFL history. One of just 13 Legends in the AFL Hall of Fame and a member of the “Team of the Century” chosen in 1996, Matthews boasts a record that speaks for itself.

That he was so successful personally in such a successful team underlined his quite extraordinary talents. On his retirement Matthews was appointed assistant-coach at Collingwood in 1986, and replaced Bob Rose as senior coach three games into the season.

In 10 years at the helm at Victoria Park he took the Magpies to the finals five times, and in 1990 was declared a hero when he masterminded a grand final win that broke the club’s 32-year Premiership drought. He spent 1996-98 in the football media, and in 1998 he served “on the couch” with Channel Seven’s hugely popular “Talking Footy” program while also being heavily involved in Seven’s general football coverage.

He wrote for the Herald Sun, and did radio work with Triple M. Along the way he was 1997-98 coach of the Victorian State of Origin side, and in1998 was coach of the All-Australian side that toured Ireland for a two-Test series against the Irish in “International Rules” – a combination of Australian Rules and Gaelic Football.

In August-September 1998 Matthews was lured out of “retirement” to re-join the roller-coaster ride of AFL coaching. Realising he missed the weekly challenge of the game, he accepted a contract as senior coach with the Brisbane Lions and the challenge to restore the respect which the young club had lost in a disappointing 1998 campaign.

The Club went on to win three consecutive Premierships under Leigh’s guidance. Leigh's presentations reflect his ability to draw the best out of people and the dynamic, inspirational approach that he has taken to his football career and his career in sales and marketing.