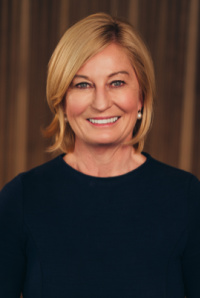 Lexy Hamilton-Smith is one of Queensland's most respected and experienced news presenters with a career in television spanning over 30 years.

She has worked for all five television networks including SBS in news and current affairs. An award winning journalist Lexy is currently at the ABC in Brisbane working in television news; radio and online.

From hosting nightly current affairs for a major network, to presenting the Australia Television News into Asia, Lexy has had an extensive career.

Lexy is also an experienced Master of Ceremonies, host and facilitator working for charities including The Heart Foundation, the Australian Lung Foundation and Blue Care, which she was a patron of for four years.

She is also a moving public speaker having endured her own journey of love and loss through the passing of her husband Dave, also a well-respected journalist.

Lexy started in journalism after graduating from Flinders University in Adelaide with a Bachelor of Arts.

Her first job in television was at the Channel Ten newsroom in Adelaide, where she won an award for an exclusive story on the arrest of “the poisoning granny Emily Perry.”

Lexy moved to Brisbane to work on Ten’s expanded one-hour news format as police reporter and then to SBS Television in Sydney. She then became one of the Seven Network’s leading news journalists in Sydney.

Her work on the Nyngan floods led the bulletin which won a Penguin Award in 1990.

Lexy’s husband’s ill-health forced a move to Brisbane. There she continued to work in the Seven news room eventually reading news and hosting Today Tonight, where she took on ACA’s Ray Martin in a worthy ratings battle.

It was her success in that role that led to the prestigious appointment as the face of Australia Television, a nightly news beamed into Asia and watched by over 40 million viewers. During that time she hosted the Australia/Hong Kong Chamber of Commerce Business Awards in Hong Kong and the Business Asia News Magazine Awards in Sydney.

Lexy eventually moved back to Brisbane where she worked for Channel Nine on the much-loved Brisbane Extra and later back to Ten as a senior news reporter and presenter. Lexy covered the death of Croc Hunter Steve Irwin for the network and won Ten’s 2009 Queensland Journalist of the Year. She has also worked extensively on a Medical round, her skill as a reporter and ability to empathise with people enduring hardship winning her the recent Queensland Mental Health Media Award for a story on suicide prevention.

From 2014 Lexy returned to the screen on Channel 7's Sunrise programme doing live daily broadcasts and she then re-joined the Seven Nightly News team before taking on a challenging role within the ABC in Queensland.  She recently ran an inspirational story on the ABC’s Australia Wide program and the revolution in Aged Care helping people to stay at home longer.

Lexy's is a very compassionate reporter and her personal story also proves her resilience - from the shyest kid in the class, battling bulimia and low self-esteem to end up being so successful in television.

She was also a step mother at 24, and later had to care for her terminally ill husband while still presenting on TV and then, at the same time, having her home affected by the Queensland Floods. Lexy certainly has a lot to talk about when it comes to overcoming life's challenges while in the public eye.

In addition to her MCing and facilitation work Lexy also runs regular media training workshops and forums, one on one TV media interview training, crisis management training (how to battle the media onslaught), radio training (for news and current affairs) and strategic planning to help expand company profiles by networking in media.