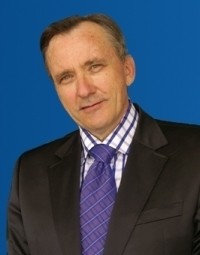 Driving a company’s share price from 56¢ to $3.40 in just over three years is a long way from being a member of a yoga cult in the 1970s. But that’s the journey undertaken by Michael Sherlock as he transformed leading Australian and New Zealand bakery franchise Brumby’s into an Australian business success story.

It wasn't all smooth sailing with the Brumbies business growing to 100 stores before going into receivership. Michael worked to transform Brumbies into the successful organisation it is today.

Michael now spends his time as an Author, Speaker, Consultant and Mentor to companies such as Shape Shopfitting ,Stepz 24/7 Gyms , Singways , Krispy Kreme , Hooked etc. He has also co –written a new book 'Jumpshift! - Shift your Business into Hyper-Drive'.

The son of a carpenter and train driver, Michael was born in 1951 and attended Monash University in the early 70s as part of the bonded teacher program. During those university days, he became involved with a health and education foundation lead by a yoga-teaching Indian guru.

After travelling the world backpacking for four years, he returned to Australia and joined up with the yoga foundation which had set up an old style bakery shop in a Melbourne suburb. The foundation, including Michael, eventually moved to Warwick in South East Queensland in 1981 to form an alternative lifestyle community based on yoga principles.

Michael initially purchased a fruit shop that was later converted to one of the group’s bakeries now named Brumby’s. However, after initially growing rapidly to more than 100 stores, the foundation went into receivership with few believing the bakeries could survive.

Having faith in the future of the Brumby’s concept, Michael worked to put together a consortium of franchisees, management and a supplier to purchase the bakery chain from the ruins of the foundation. This is where the remarkable story of Brumby’s resurrection begins. At this stage, Brumby’s shares had a par value of 1c each. But under Michael’s leadership, initially as director responsible for franchise recruitment and site identification and later as CEO, Brumby’s underwent an incredible transformation.

From a financial basket case of 138 stores in danger of collapse, Brumby’s emerged as a highly regarded franchise system with 320 bakeries including the new concept stores, Brumby’s Go! (and from a capitalised value of $6M to $46M in 3 years). In 2007 the ASX-listed Retail Food Group made an unconditional offer of $3.40 for each Brumby’s share. That was more than six times the 56¢ price Brumby’s had debuted at on the Bendigo Stock Exchange in late 2003.

Michael has appeared on numerous current affairs and news television programs and featured in articles in newspapers and magazines in Australia and New Zealand on issues such as his innovative management techniques and business strategy. He is a regular columnist for the Fin Review, Enterprise and BRW -Smart Talk.

Topics can be tailored to suit your conference or combine some of the elements listed in the keynote titles below.