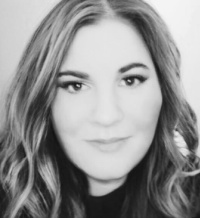 Miriam Slozberg is a Canadian author, freelance writer, social media consultant, and a mom to three children, two human and one furry. She has always had an interest in the spiritual side of life, as well as business in general and took business courses in college, and received her astrology certification in 2006. Miriam has a personal and updated outlook on what it means to operate a business based on Spirituality in this day and age of the world wide web economy. Miriam combines her skills, sensitivity, and knowledge of new social media and web marketing into every project she works on. She has written two Spiritual based books as well as an eBook on social media influence. Miriam is currently working on a few writing books so keep an eye out for more.

Miriam has been interested in working from home since her daughter was born, which was in 2002. She was unsuccessful for a long time and bounced from one opportunity to the next like so many other entrepreneurs. Not long after her daughter was born Miriam also studied astrology, numerology and other esoteric sciences. As time went on, she became more serious about her studies and became a certified astrologer. Not long after that she ran a part time astrology business. Not to mention, at the same time she was interested in going back into internet marketing even though she did not have positive experiences with it in the past. She felt that there were areas in it that she was just missing out on and she was right after doing a lot of research. She took courses in SEO, social media and those areas of marketing clicked with her well, and decided to open up her own company called Gemini Rising Ltd in 2011. Gemini Rising Ltd is a business that aims to offer a solid support to small businesses and individuals who are striving to develop their influence, reputation and reach via the internet.

After running Gemini Rising Ltd for a year, she realized how important having a strong social media presence was. She realized as well the mistakes she was making online and learned from it fast. Miriam started to put more of her energies on creating a much stronger social media presence that became not just attractive to new networkers but profitable.

Miriam is also a sufferer of depression and is putting a lot of energies into bringing out awareness about depression. She wants to see the stigma disappear and the only way that can happen is through awareness.

Miriam’s main focus today is freelance writing, as well as ghostwriting. She writes for sites such as BabyGaga, TheThings, and AllWomensTalk just to name a few. You can look at her writing portfolio, and take a look at her style of writing. She is delighted to help you.