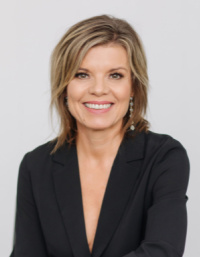 Paige Williams began her leadership journey aged 7, when she was made Sixer of her Brownie troupe (yes there were six Brownies in each troupe and she led the Elves). Ten years later Paige was School Captain of a large co-ed state school in North West London, and by the age of 25 – having graduated with a BA (Hons) in Business Studies and worked in financial and Corporate PR in the City of London for a couple of years – she found herself heading up a ski operation in Europe that spanned 7 countries, 14 hotels and chalets and a staff of around 400. The learning curve was steep and the feedback immediate!

Returning to the UK, Paige continued her leadership journey in the leisure sector in senior leadership roles for organisations that were looking for cultural transformation. A potentially life-threatening situation at work (a story to be shared in comfy chairs, with a glass of red!) prompted her to revaluate leadership in the corporate world, and when she moved to Australia in 2002, Paige chose to return to her marketing and PR roots in a Corporate Communications role at Geelong Grammar School. This was to be a life changing decision.

Paige’s relationship with cultural transformation continued at GGS and led to post-graduate study in Change Management. Returning from maternity leave with her second daughter, Paige was asked to take on a role in a small team introducing Positive Psychology to the School. Two years later Paige had combined a newly created leadership role responsible for embedding Positive Psychology into the culture of the School with a PhD with the Centre for Positive Psychology at the University of Melbourne. She was by now also Master Trainer in Positive Psychology, having trained with Professor Martin Seligman (the guru), and since then has trained more than 10,000 people in the fundamentals and complexities of thriving in the modern world and workplace. Alongside this, Paige started her private practice, helping leaders understand how to create wellbeing for themselves and their teams to enable sustainable high performance.

Paige was awarded a PhD from the University of Melbourne in 2017. Her research examined pathways to create positive change and wellbeing in organisations. Paige is a faculty member of the Centre for Positive Psychology at the University of Melbourne where she is a part-time lecturer and continues her research work. Through her private practice, Paige fulfils her passion to help leaders understand how to feel well, do well and lead well at work to create sustainable high performance for themselves and others.

Paige lives an hour from Melbourne with her two adolescent daughters, with whom she says she does her best work using most of her positive psychology expertise, and who help her keep trying to be her ‘best self’.

Paige’s presentation style is engaging, professional and unique in the sense that she can expertly and seamlessly adapt to the needs of the group. Her knowledge of the content she delivers is so deep and profound that any rabbit warren that participants want to go down, Paige handles with ease.

Feedback from our staff about the work Paige does is always positive; she is engaging, funny and translates complex ideas into language that everyone can understand.

Dr. Paige, she’s fantastic. I think we all learned something today either as an individual or the leader of the organization. She provided some diamonds, and I love her reference to the Antifragile. I think that we can all resonate with that. We’ve taken a lot away, and I also think at WorkCover, we do a lot of those things, but we could certainly do better. Listening to our people, believing what we do, change matters, if you bring people along on the journey. So most definitely repeating, because she used that a few times, as well, repeat, repeat, repeat.