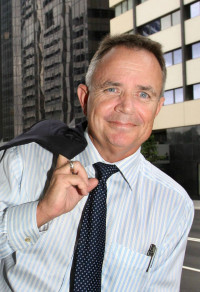 Peter Cooper, after leaving a successful career in the banking industry moved into the mortgage broking industry for reasons identified by the Hayne Royal Commission. With 44 years’ experience in banking and having worked for Australian, American and British banks during that period, Peter Cooper identified the existence of a large segment of customers looking to gain information to make informed decisions. Peter is qualified and suited to offer clients this unique service.

Peter is a leading figure in banking and finance circles in Queensland, a fact that has been acknowledged by him being awarded the Centenary Medal of Australia for services to the banking industry. Peter has built up an impressive contact list of business associates and on many occasions has been asked to speak on banking issues by organizations and various Government bodies including the Tourism section of the Department of State Development.

“I have, over the past seven years, worked in six similar engagements in the United States and Australia and believe Peter’s performance as part of Best Bank in terms of leadership, ability to motivate and engage staff, business acumen in identifying and proposing solutions, and acting as a positive change agent, place him among the best individuals I have worked with.”

As a testimony to this success, Peter then set up a joint venture on the Sunshine Coast with the long-established and highly regarded property firm Henzells Agency Pty Ltd. Now the company operates independently as Cooper Financial Connections (Sunshine Coast) Pty Ltd (CFC -SC) and more recently has expanded further into Sydney and the ACT providing residents with an unparalleled level of service and expertise in this area of business.