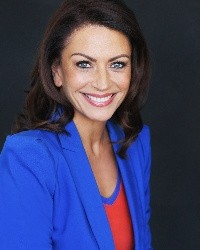 Entertaining, powerful and engaging, this best-selling author represents a living example of how each one of us can be a force for positive change in our own lives and those around us.

Having survived a hostage crisis in Iraq, Rabia garnered global attention for making the British military accountable for silencing her about her ordeal and role in releasing captured special forces soldiers.

Standing up for justice in the face of public ridicule, Rabia’s brave action in suing the British Government for sexism and racism became a catalyst for policy change to ensure a fairer workplace for women and cultural minorities in the British military.

She has provided equality and diversity training at the Royal Military Academy Sandhurst where her charges included Prince William.

A noted media commentator, Rabia’s first book, Equal Justice, is the focus for a feature film.

She also has the delightful challenge of being Mum to triplet boys.

Rabia's presentation was well researched, and eloquently delivered, with humour and emotion and the message she delivered was clear and engrossing, receiving many positive comments from our guests. The courage she has shown in her tenacity and fortitude in her pursuit for justice and equal rights for women is admirable, and women in particular will benefit from her experiences which show the female gender should not be silenced in the face of adversity and lack of fairness.

Rabia is a truly interesting and engaging speaker. Her personal and professional achievements are extraordinary and an inspiration for young women everywhere. In my view, Rabia's unique experiences as a Legal Officer in the British Army, and the courage and determination she showed in fighting to achieve equal treatment irrespective of her gender, should be shared widely. Rabia provides a powerful example of what an individual can do to fight for equality and ensure that discrimination, in all of its forms, is eradicated.

I wanted to give you some feedback to say that Rabia was ABSOLUTELY OUTSTANDING and very inspirational for our girls.