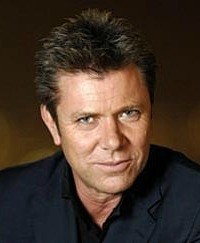 Richard Wilkins (or Richard Wilde, as he was then known) became a pop star and Polygram signed him to a world-wide deal. Richard left the music stage to work behind the scenes as Promotions and Marketing Manager for Sydney radio stations 2-DayFM and 2UW, and then he moved to television at Nine.

Each morning he presents showbiz features and interviews from across the world. He’s interviewed the cream of the international entertainment industry - from Madonna to The Rolling Stones, and from Andrea Bocelli to Nigel Kennedy.

Richard came to Nine to present MTV, which set a new benchmark for music television in Australia.

His career expanded into other forms of media to included magazine columns, radio shows and TV specials. A promising career as a classical violinist was dashed when his trained ear first heard the strains of the Beatles’ Love Me Do.

He was awarded the Variety Club’s Ricky May Heart of Variety Award for his continuing support of humanitarian causes. A tireless supporter of numerous charities, Richard is also a keen environmentalist and a proud father.