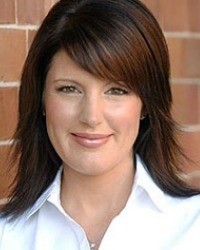 Sharyn Ghidella is the weekend newsreader for Seven News in Brisbane as well as the news reporter on Channel Sevens Weekend Sunrise. Sharyn completed a Bachelor of Business - Communication degree in 1986 at the Queensland University of Technology in Brisbane. Sharyn has gained a reputation as a professional and highly competent master of ceremonies , capable of handling all subjects from conferences to awards evenings.

Sharyn joined National Nine News (Sydney) in March 1992. Sharyn worked as a reporter for the network's award winning and highly respected 6.00pm news bulletin, before being promoted to writing and presenting hourly newsbreaks throughout the day.

In 1998, she took on the role of anchor of National Nine Early News. While at the helm, Sharyn saw the program cement its position as the top rating early morning news bulletin in Australia, which was soon expanded from 30 minutes to one hour.

During this time Sharyn also had the added responsibility of anchoring the Inflight News for Qantas, which is broadcast on both the airline's domestic and international services.