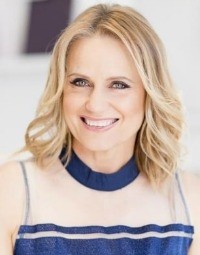 Shaynna Blaze is an award-winning Interior Designer, best known for her role on The Block and Selling Houses Australia. With an undeniable eye for style, Shaynna has created stunning interiors in residential homes and commercial spaces for more than twenty years.

In 2008, Shaynna launched her design career with a role as Interior Designer and Co-Presenter on the Lifestyle Channel’s award-winning show, Selling Houses Australia. Arguably the Lifestyle channel’s most successful show, Selling Houses Australia is the series that just keeps on giving. Making its return for an eleventh season in 2018 (that’s over 100 episodes of life changing renovations!), the show sees Shaynna helping homeowners change their lives with her design expertise, transforming unsellable houses into market-ready homes.

In December 2015, Shaynna lit up our screens with her two-part special, Shaynna’s World of Design. The show documented Shaynna’s design journey as she worked towards creating an exclusive signature range of interior lighting. Most recently, in 2017, Shaynna released her beautifully versatile new range of homewares, exclusively for Harris Scarfe.

In 2017, Shaynna also made her return to The Block for its twelfth series, which saw contestants take on five neglected Elsternwick homes to save them from demolition.

With her undeniable flair for design, as well as her warm, friendly presenting style, Shaynna has grown to become one of Australia’s best-loved media personalities.When Shaynna is not filming or working on commissioned designs through her interior design company, Blankcanvas Interiors, she likes to use her time to inspire others. Shaynna is available as a guest speaker or host at both private and corporate functions, where she focuses both on design and our social environment and how it affects how we live and communicate.