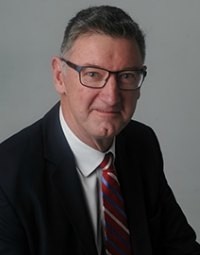 If you’re managing a small to medium business (20-100 people) looking to boost productivity, engagement and profit, then you’ve come to the place.

Simon Madden Consulting (SMC) was established specifically to help businesses like yours improve your people and improve your business.

The program is tailored to your specific needs while containing key principles of upskilling businesses in the area of clarity, direction, cooperation and challenge.

The general in charge of your partnership with SMC is director and founder, Simon Madden, and you’ll deal with Simon personally and extensively.

Simon has a unique outlook on what it takes to be successful. He played 378 games for the Essendon Football Club, was Victorian and club captain, played in two premiership teams, and was selected All Australian on multiple occasions.

Not content just to be known as an elite athlete, Simon has continued to build his professional skills across a wide range of business and educational spheres:

Simon’s business career has included work in sales, marketing, media and information technology industries. He has held management positions helping build small, medium and large organisations to achieve their goals. Simon has been consulting into organisations since 2008.

Some of Simon’s career highlights include negotiating a billion dollar collective bargain deal, establishing a landmark deal with an iconic Australia food/beverage manufacturer, and growing business with a government agency by several hundred percent. He is currently a Director on the Essendon Football Club Board.

Simon has an extended background in education and understands the tremendous difference that it can bring to individual and team performance. He worked as a teacher for 15 years, attaining the position of Vice Principal.

Simon draws on this educational background to harness current research and real-world experience to educate and motivate teams.

Simon was President of the AFL Players Association from 1985 to 1989. A key role of the AFLPA is career development and welfare for literally hundreds of people. It was during this time that Simon developed a passion for people development.

From this experience, Simon developed an empathy with people from all walks of life and despite his distinguished career, is still well-known as ‘man of the people’. Approachable and down to earth, Simon is equally interested in developing everyone from CEOs to junior staff.

Along the way, Simon has had television, radio, public speaking and presenting experience. He has continually been sought by business, government, media, educational and sports bodies for his views on life, business and sport.

Thank you for your participation, the day was by all counts a great success. Your contribution was outstanding, entertaining and unforgettable. Many guests commented on how terrific you were so on behalf of SEG, Toccolan and Heartwell, “Thank You” once again for your time and your efforts, it did make a huge difference to the outcome.

All participants enjoyed the theoretical sessions and widely appreciated the practical activities. They are still talking about how they enjoyed the interaction and participation and how much they have benefited from your coaching. Please accept my most sincere thanks for making our two day retreat a memorable one.