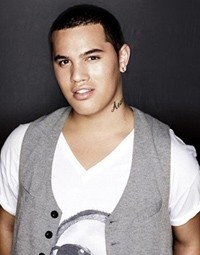 Stan Walker is a pop singer from New Zealand with an R&B style who rose to fame as the winner of Australian Idol in 2009 and topped the charts shortly thereafter with his debut single, "Black Box." Born on October 23, 1990, in Melbourne, Australia, he grew up in New Zealand and is of Maori descent. Walker made his Australian Idol debut in the audition round of the seventh season, where he performed a version of John Legend's "Ordinary People."

The then 18-year-old shop assistant, who lived in Coolangatta, Queensland with his family, says he has always been musical but before Idol, has mostly only sung in church. But Stan had always had his eye on a spot in Idol. “I was in New Zealand and we were watching Guy Sebastian and I said to myself, I want to do that one day".

Stan's undeniable vocal-gift and engaging boy-next-door charm have already resulted in him successfully releasing a couple of top selling singles (the double Platinum "Black Box" and Gold "Unbroken") and a platinum-selling album ("Introducing Stan Walker"). Along the way his confidence has blossomed, he's found his way to navigate through the industry with his expanding experience and his quest to speak the truth via his music.