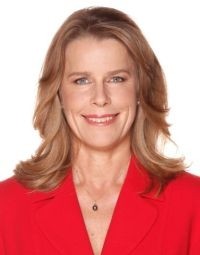 Ticky Fullerton is a longstanding journalist at the ABC, currently Presenter for Lateline Business. In her 12 years with the network, Ticky has been an investigative reporter forFour Corners, the presenter for the national farming program Landline, and a reporter for Lateline, working in the Canberra press gallery and in business journalism. In August 2004, she won the Australian Government Peter Hunt Eureka Prize for Environmental Journalism.

Prior to journalism, Ticky was an associate director with investment bank Credit Suisse First Boston. She spent 10 years with the group, first in London working in the Euromarkets, and then Sydney, where she was involved in capital raisings and advisory business for both governments and corporates.

Ticky is the author of Watershed, now in its second print, and the first comprehensive book on the future challenges facing Australia in water and the tensions between the many stakeholders in our water future: farmers, businessmen, indigenous groups, consumers, greens, miners and nature itself.

Ticky is a director of the CRC for Irrigation futures and has a law degree from Oxford University.

A true professional. Ticky took two very different panel discussions and got to the heart of the issues. She is a delight to work with and I would definitely recommend using her in the future. She had the ability to manage big personalities on stage and keep the conversation balanced. She isn't afraid to ask the tough questions and cut through clutter to get answers!