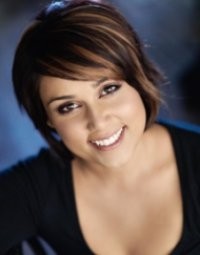 Zuleika is an artist with a deep passion for musical integrity, particularly vocal technique and honesty in acting and storytelling. Zule (pronounced like Julie with a Z) has had the pleasure of playing the piano and dancing ballet as a young 8 year old at The Opera House, as well as performing at The Sydney Entertainment Centre, The Joan Sutherland Centre, Melbourne's Art Centre, The Comedy Theatre and her second home the Butterfly Club.

She started ballet lessons at the tender age of 3 at the Penrith Royal Academy of Ballet, graduating to The Castlereagh School of Theatrical Dance where her mentor Jenny Attrill noticed that she had a knack for acting, comedy and generally 'being a clown'! This inspired her to immerse herself in the art of performance - acting, singing, dancing and writing for both the stage and the screen, Zule has studied at NIDA in Sydney, DW301 and VCA in Melbourne. Zule is also a practicing Division 1 Registered Nurse.

She completed her degree, putting her experience in Orthopaedic and Trauma acute care nursing to good use in her performance and writing: "I have always had an obsession with cartoons and comedy, because there is nothing more therapeutic to a tortured soul than a good old belly laugh! From a very young age, I have been around the sick, the dying, the anxious and the depressed. The one thing I could give them all was a smile and sometimes a laugh - and that comes for free with no bad side effects! Suddenly, I had managed to get them to forget about pain, even if it was only for one second.....it makes it completely worth it.....and from this, I decided to be a ham and heal with laughter for the rest of my life!!!"

Following from her highly successful solo cabaret show debut TRIAGE! A Nursing Cabaret, she is currently in the process of writing her first original EP, singing through every emotion that comes to mind. Writing and performance is a way to heal and celebrate the traumatic, the absurd, the elated and the poignant times we all go through in life. Using genres that cover centuries of music from the classical stylings of balletic Tchaikovsky, the smooth scats of Ella Fitzgerald, multi layered harmonies of The Mama's and The Papa's, the comedic timing of a well choreographed MGM song and dance to the powerhouse sounds of Beyonce, Zule is the quintessential essence of Australian soul.