Boost Your Team’s Performance in the New Year Posted on February 23, 2018 in Hot Keynote Topics

Teamwork is the ability to work with others toward a shared goal, participating actively, sharing responsibility and rewards of the team as a whole. How well did your team perform this past year? Daniel Goleman 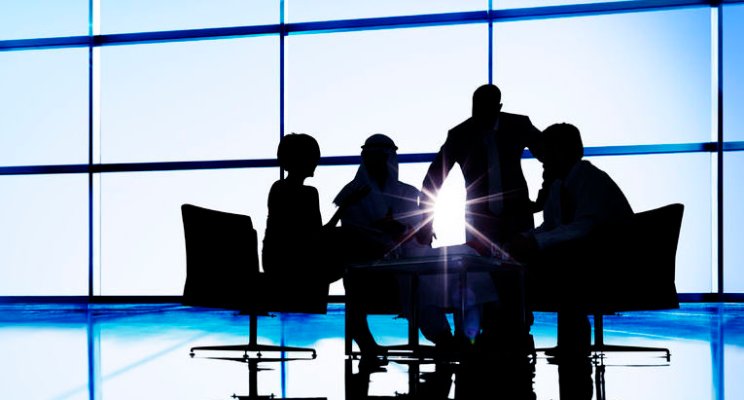 What are your team’s goals for the coming year?

How did you contribute to your team’s performance?

These are a few of the questions being asked at year’s end as organizations assess the past year and look ahead to the New Year. For many, the focus is on concrete numbers, profits, sales, or units delivered. However, if that’s all you look at, you’ll miss a key factor that influences team performance.

Whatever goals your team has for the New Year, you’ll do better if you consider emotions.

That’s an important point that my colleague Vanessa Druskat made in our conversations about teams for the Crucial Competence video series. Druskat, a professor at the University of New Hampshire, has spent over twenty years studying and consulting on teams and emotional intelligence. Professor Druskat’s studies show that teams that attend to the core emotional needs in team members perform better than those that don’t take emotional intelligence into account. This finding stands up across industries as diverse as pharmaceutical companies, manufacturers, financial services, and the military in different countries across the world.

What is Skillful Teamwork?

In the model of emotional and social intelligence that I use, Teamwork is one of twelve competencies that distinguish effective leaders from those who are less effective. But teamwork isn’t just important for team leaders, it is an essential competency for anyone who works collaboratively with others.

Teamwork is the ability to work with others toward a shared goal, participating actively, sharing responsibility and rewards, and contributing to the capability of the team as a whole. You empathize and create an atmosphere of respect, helpfulness, and cooperation. You can draw others into active commitment to the team's effort. Leaders skilled at this competency build spirit, positive relationships, and a pride of identity on the team.

What the Research Says

In one of Professor Druskat’s early studies, she and her colleagues looked at self-managing work teams in a polyester manufacturing plant and assessed which teams produced more polyester. They studied what made the difference between the absolutely outstanding teams and the average performing teams. One thing that matters in those teams is how well they can keep the production line moving. All of the teams had to stop the production line to change the product or to fix a problem, but the teams that were motivated, well-coordinated, and had good dynamics could restart the production line quickly. If faced with a problem, these team members would leap in and do speedy problem solving. Lower performing teams didn’t. More team emotional intelligence was directly correlated to producing more polyester.

Given Professor Druskat’s research results, everyone who works in groups can influence their team’s performance by skillful handling of the emotions that inevitably arise in group settings. The more balanced emotions are on an ongoing basis, the less they get in the way when challenges arise so that action can be taken quickly and progress can be made.

How to Build Your Teamwork Skills

Whatever your position in a team, whether you’re a leader or a team member, you can take steps to improve your Teamwork skills. One place to start is with group self-awareness of what’s going on in the group. In a group meeting, step back from the tasks at hand for a bit and ask yourself: Who speaks often? Who rarely says anything? What is the emotional atmosphere at a meeting? Is there an air of tension and distrust, or are people relaxed and engaged? How do team members treat each other? Are people kind and respectful or is there a lot of criticism, attacks, and arguing?

Given what you’ve observed, consider a concrete action you can do to help everyone contribute or help the team work together more harmoniously. If you notice that someone doesn’t speak up much, try asking them for their opinion on an issue being discussed. If there is arguing, try to find some point on which the different factions can agree. Is there common ground that you can suggest?

As we enter a New Year with the best intentions it’s important to remember that in nearly any effort, whether you are a leader or team member, you are not acting alone. Your actions and emotions affect others, and they, in turn, affect you. Start off on the right foot this year and aim to develop your Teamwork competency.

We are committed to assisting you in choosing the most suitable Speaker, Trainer or Entertainer for your Conference, Training Seminar or Special Event. Click here to see our presenters.