Top 6 Social Media and Branding Trends for Business Growth in 2018 Posted on February 9, 2018 in Business Speakers 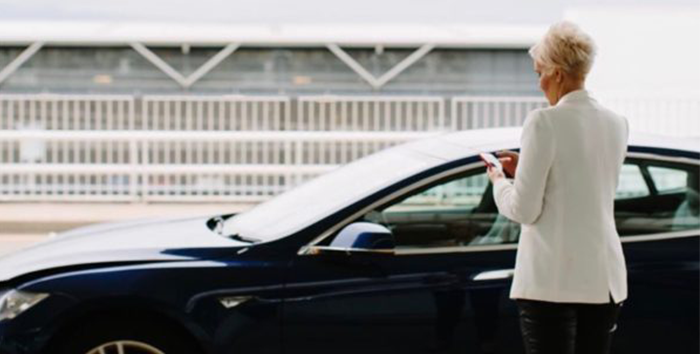 Over the last few weeks I've spent a lot of time speaking with people around what's going to happen in 2018. Businesses are changing. We're facing massive disruption. The amount of resources of time and money are changing businesses dramatically. The impact of small business growth, and in particular more women leaving the workforce and starting their own businesses, is starting to really change the dynamic of the way the future of work looks.

So based on the conversations I'm having, what I've identified are the top six growth hacks that I think will make the biggest difference for people in their practices and their businesses in 2018.

TRIBES. A number of businesses I have worked with, who have thrived on social media advertising have realised that their business is at the peril of an algorithm. The problem with that is that they create a situation where they have less control over their practice and ability to learn how to engage with customers. So their focus is on chasing new customers all the time, as opposed to looking after their existing customers. We see those businesses that can engage and grow their tribes, and work with their existing clients, instead of focusing on new ones all the time, create really solid businesses. They also create an experience where those customers will be retained.

PERSONAL BRANDING FOR EXECUTIVE TEAMS. Over the last few weeks, the Harvey Weinstein issue has been very confronting, not just for the poor victims who have been through whatever experiences they've had with him, but it's also raised the question around executive teams and the branding and profiling of those people. Social media has created a level playing field and a voice for those people who have been disrespected and might not have otherwise been. It helps them to identify others who have been through the same experience and as a result, issues like this go viral, and rightly so. So it's not only one or two people that find out about these things now, but it's the entire world, and these people run massive risk and decay of an organisation.

For Miramax, the board and the executive team decided to terminate Harvey while he's off undertaking treatment. But what CEO’s realise is that the impact of the brand and the reputation of that person has a huge impact on the brand of the organisation and those people involved.

According to KPMG’s global CEO Survey in this year,  “one of the most striking changes in this year’s survey is the rise in the number of CEO’s who cite reputational and brand risk as a top current concern. This is the third most important risk (out of 16 in total), after not featuring in the top 10 in 2016. CEO’s also see reputation and brand risk as having the second biggest potential impact on growth over the next 3 years.”

So what we do know is that Australian CEO’s and executives have typically been quite shy of personal branding, and they will generally avoid it. Those organisations that have really high integrity in their executive team, and can find a way to capitalize on that, will be able to create a lot of trust in their brand, be able to position it well for the future and create a real value proposition and a differentiator for that business.

BUSINESS PROCESS OUTSOURCING. This continues to be, even more so today, about honing in on really defined specific skillsets for particular industries, so more and more organisations need to outsource on specific skills and specific projects. It's not just about administration anymore, but now it's about a really broad range of highly skilled workers, and because they're learning more about being able to be accessible, it also means that for those organisations trying to find these people, they're now becoming more accessible also.

Business processing outsourcing, or BPO, will continue to become a growth area in 2018, with the mix of people wanting more balanced lifestyles, particularly in Australia, with more women leaving the workforce or looking for alternative ways to be able to generate an income and leverage the skillsets that they've got. These are often very highly skilled women coming out of the workforce. The challenge for these women is to be able to market and position themselves, and I think that we'll start to see more of that over the next five to ten years as we're just scratching the surface now.

We know that around 90% of a decision is made before a customer decides to get in contact with you. More and more businesses are putting a lot of content out there to attract customers and keep top of mind. Traditionally it's been really about a lot of content, and noise, to improve the search engine optimization of websites. For those organisations that are making the shift over to educational marketing as opposed to noise, means that they will avoid being unsubscribed from inboxes, and they will have much higher open rates. So those organisations that have invested in the skills of sense-making from subject matter experts, and those who have insight in the organisation, will create a huge value-add to those customers. As a result, they step above the noise, avoid the unsubscribe and unfollow buttons, and will be more likely to retain customers.

INTERPERSONAL SKILLS. We're seeing more and more focus around customer experience and engagement, particularly as the research tells us that it reduces the impact of disruption. So we're seeing a lot more integration of interpersonal skills behind a computer screen, and one of the best ways that we're seeing that is personalised video.

In 2017, it's been about the year of video with YouTube being the star in search engine optimisation, education, and insight. For 2018 it's about high touch, high personalization in a video format. We're starting to see business cards and gifts with video in them. We're seeing apps being able to do personalised video, as on-the-run technology is a really valuable way to keep customers engaged, and to keep in touch. It’s about cut-through communication and new media literacy. It's highly productive and takes less time than writing emails to clients all the time.

METRICS THAT MATTER. I’m starting to see CEO’s questioning more around the cost and spend on social media advertising. So organisations in 2018 that ask the right questions for growth will be asking, "What are the metrics that actually matter here, that create the leverage points for us to grow?" Those organisations and marketing teams that are still focusing on how many likes, comments and engagements and the metrics that social platforms tell them to value will suffer. However, those organisations that understand the levers of social media, that generate the way for them to grow their businesses, are those people who will not only survive but also thrive in 2018.

Jane Anderson is a Communications Expert who is obsessed with business growth. She helps personality brands and organisations to uncover untapped opportunities to engage customers, increase sales and position as an industry leader. You can find out more about Jane on Great Expectations here.