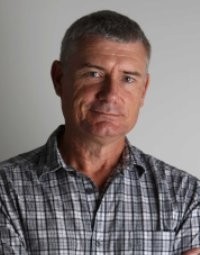 Mick has a distinguished military background having served multiple decades in the Australian Regular Army and Army Reserve as well as service in the British Army. During his career Mick passed both the British SAS and Australian SAS selection courses. Mick saw operational service in a number of theatres during his time with the SAS to include the Sydney Olympic Games, East Timor, Solomon Islands, Iraq and Afghanistan. He has been awarded commendations for leadership in combat and gallantry. The majority of his career was spent in command and leadership roles to include SAS Patrol Commander and Team Leader. Mick continues to serve in Special Operations Command in a reserve capacity.

Mick holds a Bachelor of Science, post graduate studies in counter-terrorism and is currently undertaking an MBA.

For the past decade Mick has achieved considerable success in the corporate and commercial arena to include Regional Security Director, Middle East, Africa, Central Asia, for a large US telecommunications company with responsibility for 68 countries including Iraq and Afghanistan. He has also advised CNN, Fox News, Al Jazeera and the ABC on security, life safety and risk management in particular in hostile and post conflict environments. During 2005 Mick assisted in the successful conduct of both the Iraqi and Afghan general elections and spent time with the United Nations as the Regional Security Officer, Central Region, Afghanistan. Mick successfully led kidnap and ransom negotiations in Iraq resulting in the safe release of the hostage. He was also responsible for establishing several highly successful bespoke overseas start-up projects in challenging and resource constrained environments. Mick personally led several country evacuations in the Middle East during the early stages of the 2011 ‘Arab Spring’ regional upheavals.

Mick is an avid outdoor enthusiast and adventurer who regularly participates in, organises and runs ultra-marathons and endurance events to include a 1,602km and a 1,300km charity walk and two ascents of Mount Kilimanjaro with his two teenage children.

He runs his own adventure based training company providing experiences to enhance team and relationship building, leadership skills and resilience and well as pure adventure based activities.

He is also the voluntary Chief Operating Officer for the Wandering Warriors charity which provides assistance to wounded service personnel, veterans and Defence families in need.

Mick was easy going, filled with anecdotes and stories from his experiences, but was able to reference each back to a solid foundation principle. I would book him again without a doubt. While the message on OH&S was one that we have tried to communicate regularly, Mick was able to command the audience present, and get the message across with real life examples.