Be Prepared to Leave Posted on May 31, 2019 in Leadership Development 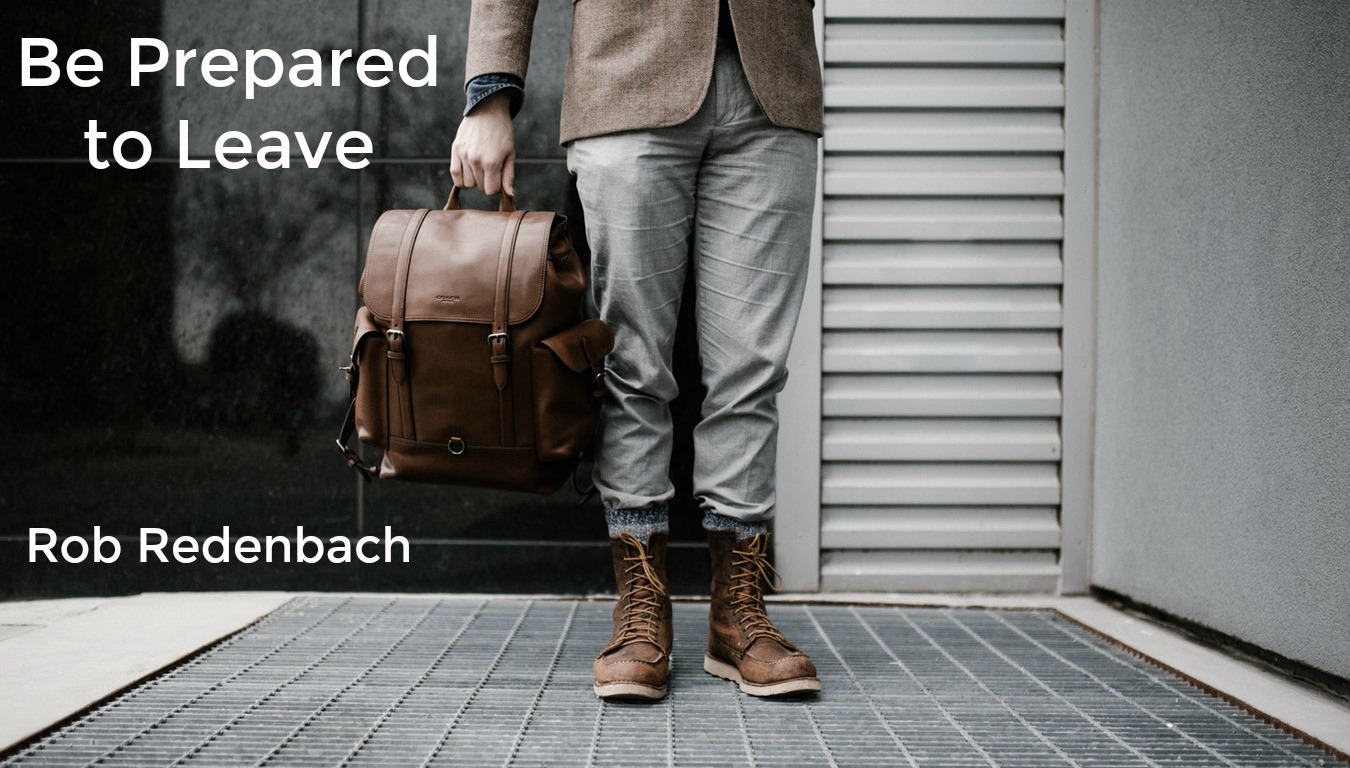 As important as it is to consider the views and opinions of others, it is vital to pay attention to your own moral compass. If it hasn’t happened already it’s only a question of time before you’ll be faced with a professional dilemma, when the people you work alongside and interact with will be following a script you find unacceptable. That script could be a process, a pattern of behaviour, or a way of doing things. It might be unsafe, or unproductive or unethical, but something about the script screams – to you at least – that it is wrong.

When you find yourself confronted with a script that seems wrong, you have three options: 1) Follow the script; that is, comply. Choose to do what everyone else does. 2) Ignore the script. Just do your own thing for as long as you can and see where that takes you. 3) Change the script. It could be a minor change or a major change but in most cases that change will begin with a conversation, and if no one else is concerned about changing the script that conversation will have to be initiated by you – whether or not you like the idea of being the initiator.

There is also a fourth option. Leave.

If you go to a restaurant and the service is poor or the attitude and behaviour of other customers is aggressive, disruptive or for some reason unacceptable, then a sensible and a totally reasonable response is to leave. Of course, you could follow a similar script and become aggressive yourself, just as you could try to ignore what’s going on around you and do your own thing. You could also attempt to write a new script by speaking up and aiming to correct the behaviour that is causing concerns. But, is it worth it?

Maybe. Maybe not. Not all fights are worth fighting. However, if following a script, ignoring it or writing a new script isn’t appropriate then what would you do? You’d probably leave. And that’s fine.

An example of this occurred in the wake of the Christchurch terror attack in 2019. As a young Muslim woman, Rashna Farrukh had many crises of conscience working as a liaison at a conservative media outlet based in Canberra. Excited about a career in journalism, she compromised her values and beliefs to stand by as she watched pundits increase polarisation and paranoia among viewers. She’d walk commentators to the studio where after some polite chit chat – ‘how are you?’, ‘how’s uni going?’ – they’d go on air and slam every minority group in the country – hers included. Some nights she felt physically sick, others she even shed tears in her car on the way home. Still, she continued to compromise her values. Not only her values as a member of a religious group, but also as an aspiring journalist. Then came the tragedy of the Christchurch shootings and Rashna reached a point where she felt compelled to apply the fourth option. And kudos to her.

There are many things we can’t control. Accepting this reality isn’t defeatist, it’s being honest. That said, just because there are things we can’t control that doesn’t mean there are things we shouldn’t protect at all costs. One such thing is a boundary of dignity. There needs to be a point where you decide ‘Enough! That’s a script I’m not having anything to do with.’ If the practical outcome of that decision is you have to leave, then so be it. Naturally, this can be difficult, especially if financial pressures compel you to stay, but you need to seriously consider the long-term damage to your self-respect, compared to the short-term pain of moving on.

Rob regularly presents to corporate and business groups all across Australia, as well as internationally. Rob is equally comfortable delivering a light-hearted 20-minute speech in an after-dinner setting, a dynamic 60-minute keynote presentation at a business conference or an extended interactive workshop for business leaders. If you'd like to know more about Rob click here! Or call us today for more information 1300 55 64 69.