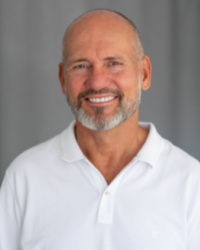 Drawing from experiences that include teaching unarmed combat to Nelson Mandela’s bodyguard team in South Africa and providing security to aid-workers in the Middle East, Rob's life story has entertained and inspired hundreds of audiences and thousands of audience members.

Boost Juice, Fuji Xerox, ING Direct, LJ Hooker, Optus, Seagate Technologies and Toyota are some of the groups that have benefited from his books and live presentations.

A former member of the Australian Defence Force, Rob has a Master of Arts (in Terrorism, Safety and Security) from the Australian Graduate School of Policing, Charles Sturt University. He has also studied Mediation and Dispute Resolution at Bond University and completed Executive Education at Harvard. His autobiography, What I Didn’t Learn at Harvard, was described by Peter FitzSimons as a ‘Tour de force!’ and is now in its 22nd print run.

A sensational presenter who tied in his life stories with leadership aspects perfectly.

Rob's opening immediately caught the attention of our delegation and with ease he successfully opened the door to his world. His message delivered great focus on the importance of thinking differently and working smarter.

We gifted every one of our broker and adviser guests a copy of Rob’s book What I Didn’t Learn at Harvard as part of our National Roadshow. Rob’s message of courage and relentless curiosity aligned perfectly with our values of initiative and helping others to be successful. His ability to fully engage an audience for over an hour without needing a single PowerPoint slide certainly justified our decision to work with him and I’m looking forward to exploring how he can partner with us beyond this year’s event.

Over the past 5 years we've hired some of the world's most respected law enforcement speakers – including Dave Grossman – on multiple occasions. Rob Redenbach was rated as one of our very best speakers. The response to his half-day workshop on leadership was overwhelming great. Nearly every evaluation rated him 9s or 10s all the way through. Very high marks from a cynical bunch of senior narcotic cops.