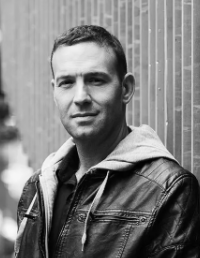 Gavin’s background is diverse as it is unique – He is a fully registered psychologist with experience in both the sporting and corporate world. He has held a Directors position within a large consulting company as well as an internal head of HR. His 14 years of experience in human capital consulting has been with blue-chip Australian and International organisations across numerous industries including banking, construction, mining, telecommunication and government.

Gavin consults to CEO’s, Executives, Managers and Elite Coaches delivering a variety of experiential Performance Mastery Workshops, Change Leadership Consulting, Strategic workshop facilitation, Executive Coaching, and Team Building experiences. As a psychologist his insights bring an understanding of human behaviour, and how to best create a high performing culture. His book, “The Business Olympian” released in June 2008 captures the mental toughness lessons learned from elite athletes and how these skills can be easily transferred into the corporate world.

Gavin’s second book, “Just Stop Motivating Me” is a new way of looking at why we act the way we do, how we can create smarter and more productive working and social environments. It further explores what is needed for individual to change the way they work/think and play. Introducing the concepts of “motivation to succeed” and “motivation to avoid failure” as part of a wider motivational continuum, this presentation delves into the human psyche, which determines our ability to maintain or change how we approach life.

Gavin was the team psychologist for the Winter Olympic team in Turrino 2006 and 2000 Sydney Paralympic Games. He was also Team Psychologist for the Olympic Archery Team in Sydney 2000. At the professional level he has worked with a variety of athletes from the best sporting leagues around the world including the NBA, WNBA, and PGA, additionally he was the Psychologist for a Team at the 2003 Rugby World Cup.

He is currently working on his third book and can usually be heard on one of the business radio shows across Australia and channel 7 sunrise program.

A wonderfully engaging presentation that left the team understanding what it takes to be motivated and dedicated to be the best that they can.

Gavin has a warm, friendly and engaging style and made an immediate connection with the audience. He superbly combined expert advice, audience interaction and use of audio-visual technology to completely win over conference goers who were at the end of a long three day event.

Gavin provided Hudson with an engaging and insightful presentation on two fronts. Firstly a chance to look at the world of sport and athletics from the inside and secondly, an understanding of what business can learn through the lens of sporting success. The clients in attendance were genuinely enthralled by the presentation which was demonstrated by the volume of questions at Q&A and the very positive feedback Hudson received from the event. Gavin's presentation was thought provoking and highly entertaining, we look forward to future events with Gavin.