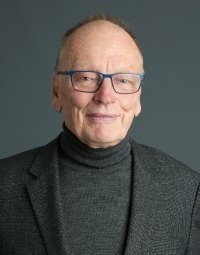 A trailblazer right from his very beginnings, John launched his own radical brand of Shakespeare in 1990, founding the acclaimed Bell Shakespeare Company. His productions include over 15 of Shakespeare’s greatest works, which have been played to almost 2.5 million Australians.

Recognised as one of the nation’s most illustrious theatre personalities, John has been hugely influential in shaping the Australia’s theatrical identity as we know it over the past 50 years. He is an award-winning actor and director, risk-taking impresario, torch-bearing educationalist, successful company.

Bell has received significant accolades for his leadership and contributions to national culture. He is an Officer of the Order of Australia and the Order of the British Empire; has an Honorary Doctorate of Letters from the Universities of Sydney, New South Wales and Newcastle; and was recognised in 1997 by the National Trust of Australia as one of Australia’s Living Treasures.

John is an unforgettable speaker. His presentations are infused with humour, surprising insights, enthralling readings and leadership lessons stemming not just from John’s incredible story of passion, entrepreneurship, trial and success but also from the minds and deeds of Shakespeare’s most notable and polarising characters.

What does it take to leave an enduring legacy? Unique talent; Passion for excellence; Connection with your audience; Compelling performance.

John is a powerful, engaging and impactful speaker who is creative, wise and a little bit magical.

The company's founder and artistic director, John Bell AO, has shown leadership and vision in putting the company at the centre of Australia's cultural life.