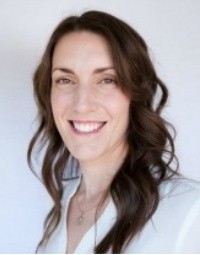 Kate grew up in Sydney and joined the Royal Australian Navy at the age of 18 through the Australian Defence Force Academy, ADFA, completing a Bachelor of Science degree. Qualifying as a helicopter pilot in 2006, her skill and dedication to flying, lead to her being selected for a four and a half year posting to the Royal Navy, UK. There Kate flew as part of Commando Helicopter Force, CHF, who fly in support of the Royal Marine Commandos.

Kate served in Afghanistan three times as part of CHF, flying day and night, in all weather conditions as aircraft captain and formation commander, leading teams in some of the toughest conditions any workplace can present. On several occasions Kate’s aircraft came under enemy fire and she was responsible for making the tough decisions as to what to do in those critical moments.

Also during her time in the UK, Kate was chosen to be the Officer in Charge of the Royal Australian Navy’s vessel which escorted the Royal barge during the Diamond Jubilee river pageant for Her Majesty, Queen Elizabeth II. In 2011 His Royal Highness Prince Charles presented Kate with the British Afghanistan campaign medal at Clarence House in London.

On return to Australia, Kate was selected to study at the Australian Defence Force’s Capability and Technology Management College, graduating with a Masters in 2013. Returning to flying in 2014, Kate was a Flight Commander flying the MRH90 helicopter at sea on HMAS Canberra, one of Australia’s newest ships followed by her final posting in the Navy as the Operations Officer at 808 Squadron.

Kate has recently retired from the Royal Australian Navy after 17 years of service and has started a new career as an Air Accident Investigator.

Kate is also a motivational speaker who is keen to share her experiences with others. Kate will inspire and motivate audiences to overcome challenges and achieve their goals.

Kate effortlessly delivered an engaging virtual presentation, as part of our Special Counsel and Senior Associate Summit. It was interesting and inspiring (and sometimes frightening) to hear about her experiences as a Navy helicopter pilot. We learned strategies she used to cope with stress under extreme military conditions, how any failures motivated her to enhance her performance, the subtleties of leading teams in one of the most intense workplaces in the world and more. The presentation was highly rated by the audience and was a perfect opener for our summit, which this year was themed - breaking barriers.

Thank you Kate for speaking at our breakfast. You spoke incredibly well with true conviction and passion for everything you shared with us. From the moment your talk began you captivated the audience and took us on an incredible journey. Your stories of teamwork, dedication, gender and the right to follow your dreams left an impactful message across the 250 people in the room. I look forward to another opportunity to work together.

Organised, professional and an absolute delight to work with, Kate was the special guest speaker at our Women in Leadership Event. Her inspiring stories were not only highly engaging but the lessons she taught our guests were tangible and transferable to any industry. Looking forward to working with Kate again in the future.