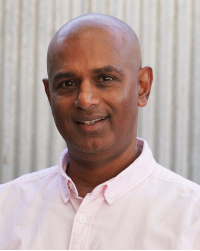 Michael Jeh is an educator and public speaker based in Brisbane, Australia.

He is passionate about finding ways to engage with people across issues like Domestic Violence, bullying, racism and Inclusion. He is a guest speaker and educator/facilitator at schools, universities, corporate settings and with elite sporting codes.  Michael has worked with Rugby Australia as their education provider in their “lifeskills” program since 2008.

One of the things that really drives Michael is a project called A Few Good Men. It’s essentially a men’s revolution, a movement aimed at getting us men to take total ownership of the way they treat women.

Violence against women is one of the great unspoken tragedies of our time and the amazing thing about it is that it can only be fixed by one group in society – men!

Michael is a White Ribbon Ambassador, which means he stands up, speaks up and acts to prevent men’s violence against women.  This complements the work he does with the MATE Bystander Education program at Griffith University where he is one of their lead facilitators.

He runs lifeskills programs for elite sporting teams, schools and community groups. Michael also works with these organisations in other ways. Educator and public speaker based in Brisbane, Australia.

Michael is a journalist and writer.  He writes on cricket issues for one of India's biggest newspapers, Mid-day.  Previously, he was a writer for ESPN Cricinfo for 8 years.  He was a regular contributor to The Drum website on the ABC. Prior to that he was Manager of the Griffith University Sports College where he worked for 10 years after returning from playing first-class and professional cricket in the UK.