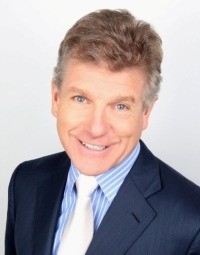 Hailing originally from England, Australian citizen and former Australian and Hawaii Ironman Triathlete, 56 year old Jon Pratlett, is one of the most passionate, dynamic and real educators you are every likely to encounter. His vast knowledge and experience, coupled with high energy and interactivity with his audiences of all sizes, results in outstanding outcomes that have longevity.

Jon unashamedly takes full advantage of the latest research in the neuro sciences around personal, team and leadership development, accelerated and generative learning and any other media that will facilitate outstanding results.

Jon has developed a wealth of experience over the last 2 decades in designing, developing and delivering cultural change initiatives to some of Australia’s largest companies, providing leading edge training and consulting in the areas of Change, Leadership, Team Building, Coaching, Customer Service, Learning to Learn and Communication Skills at all levels.

Jon draws from a wealth of experience from which to inspire, challenge and guide others to lasting behavioural change. His story telling, anecdotes and simple, yet profound truths, have literally empowered others to transform the way they go about leading and doing business with outstanding results.

Jon was the founding Executive Director of the NSW Sports Council for the Disabled back in the 1980's, coordinating the administration, funding and development of Sport for people with disabilities throughout NSW. He later was appointed Director of the 13th National Wheelchair Games held in Sydney. Jon represented Australia at the 2000 and 2001 World Ironman Triathlon Championships in Hawaii. He was Club Captain and then President of the Bondi Running & Triathlon Club 2001-2005 (One of the largest Triathlon Clubs in Australia) leading the club, with the support of a truly dedicated committee, age group captains, and committed athletes, to State Club Champions for the first time ever for 3 years and providing the platform for becoming Australian Club Champions.

Jon was made a Life Member and was Triathlon NSW Club Member of the Year in 2005. He also gained the Federal Government ‘Sports Achievement Award’ for services to the BRAT Club.

As an experienced & passionate facilitator Jon is brilliant at challenging people's current thinking regarding their effectiveness.

Jon worked with the Finance team at Westpac to address leadership capabilities. The concepts and language that Jon introduced lived on for many years and contributed greatly to development of the function which employed over 500 people.

We'd like to thank you Jon for the difference you made to our daily life experience at work. Your patience, enthusiasm and fabulous story-telling provided a fun, impactful and beneficial way for us to learn and make changes in the way we operate in our team.