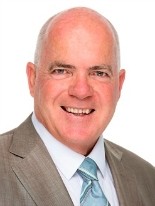 With a thirty-­year career as a professional speaker, author, radio presenter and songwriter, Glenn Capelli is highly awarded and in demand.

The writer and presenter of the award winning USA cable television series Born to Learn which broadcast to over 26 million households across America.

The creator and presenter of Dynamic Leadership Thinking, the Innovation Revolution and the popular thinking/action tool, the Three Russian Brothers.

A consistently top-rated speaker by the distinguished leadership group the Young President’s Organisation, for programs delivered throughout the USA & Canada and across more than thirty countries worldwide including China, India, Korea and the Czech Republic. “Awesome! Glenn Capelli is a twelve out of ten speaker” Harvey Mackay – YPO and international best-­-selling business author of Swim with the Sharks.

Glenn Capelli is the recipient of multiple industry, education and community awards.

Awarded the National Speakers Association Australian Educator of the Year.

A member of MENSA, the largest and oldest high IQ society in the world.

Glenn Capelli has presented his inspiring, practical and empowering messages from Beijing to Bollywood, from Washington to Wagga Wagga, from Rio to Richmond. He has assisted corporations, conferences, communities, schools, leaders and individuals to become more innovative, build a better business, work smarter and live wiser.

This was the standout session of the conference for me - fantastic! Glenn is a talented presenter and this was a wonderful was to close the conference. I found myself laughing, crying, pondering, challenged etc throughout his session - excellent! It was unique and refreshing.

Business Improvement And Innovation In Government

Glenn pitched his presentation at exactly the right level for his audience, and they warmed to him immediately. He was able to present a very serious message in such a fun way that people greatly enjoyed the learning process. The anecdotes were relevant and sensitive. One participant told me afterwards that she had seen only ever seen two presentations that affected her life profoundly, and this was one of them.

What Glenn has done for the Port area has been nothing short of a miracle, he has put life back into the place and we are all absolutely buzzing.