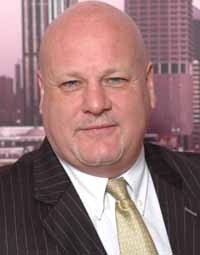 What would you be prepared to attempt if you knew you could not fail? If your staff and colleagues had no limiting beliefs, and could find reserves of innovative and dynamic action at will. If excellence and constant, never-ending improvement were a reality and not a dream. Sounds idyllic! But how many companies really attain such goals?

Simon Treselyan spent 19 years as a Covert Operations Specialist for the Military.  A Decorated Special Forces Warrior whose strategies have been forged in the fires of courage and adversity. Few conference speakers or trainers have such a depth of REAL experience or have such a powerful stable of applicable material to draw upon. With this experience Simon is able to present on areas of leadership, communication, and team environments.   He also facilitates leadership development programs incorporating various aspects of his extended covert operations work.

Simon is a high-octane speaker with energy, humour and intelligence, possessing a key insight into what makes people Winners or Losers…Victims or Victors. His story is real, his message clear and his results…extraordinary.

Simon Treselyan has always strived for - and achieved excellence and success. At only 16 years of age, he was one of the youngest karate Black Belts in the United Kingdom attaining senior grades in various oriental weapon arts and being one of the youngest members of the Great Britain Team.

Simon went on to achieve excellence in his chosen profession. A very distinguished career, covering more than 19 years, in the British Military Special Forces. Most of his service was conducted in ‘Covert Operations’ and receiving decorations for Gallantry. Simon has also briefed the UK Prime Minister, Civil and Military leaders on aspects of National Security.   He has trained International ‘Special Forces’ members and the CIA among other International Intelligence agencies. After leaving the military, Simon began his career in the Personal Development field.

There are few motivational trainers who can offer the very ‘real’ and highly personal experience of transcending fear - nor have such powerful personal and professional resources to draw upon and use to motivate others! Simon is now one of the most sought after personal and corporate development Master Trainers.

He uses techniques born of the most extreme environments and hones them into effective and powerful lessons for attaining excellence in the modern world. His work has inspired thousands worldwide to embrace extraordinary training in order to achieve extraordinary results! Simon is also one of the few registered Firewalk Master Trainers.

As a NLP Master Trainer, under the tutelage of the renowned Dr Richard Bandler, he has delivered Corporate and Public Seminars worldwide. He is also a ‘Reiki Energy Master Teacher’ and has led groups of aspiring teachers on expeditions to nearly all of the known ‘Sacred Sites of our Spiritual and Cultural’ heritage worldwide. Simon has appeared frequently in the television, radio and news media. He is also a regular columnist for magazines. He continues to publish articles on ‘Human Potential’ and ‘Personal Development’.

Simon has published two books, ‘Who Dares for Success!’ and 'Courage Conquers All Things'. His third book, and first novel, 'The Order of the Nephilim' is being produced (Simon co-producing) as a full length feature film 'The Warrior Secret' in Hollywood.

Simon has had the privilege to lead some of the most remarkable people; in the most extreme of circumstances  to produce extraordinary results. Essentially he provides the tools to excellence and new positive awareness and who wouldn’t want that now!?

What you can expect from Simon’s training?
High personal motivation and enthusiasm in every part of the business. A sense of ‘team’ within the whole business, with clear objectives. Increased levels of confidence and communication skills in all staff. Increased skill levels in persuasion and influence within the sales force. Reduced risk of ‘burnout’, stress and absenteeism to achieve optimum performance. Personal development and retention of key staff.

Simon’s experience in the personal development field has resulted in many thousands being positively inspired by his unique and innovative style.