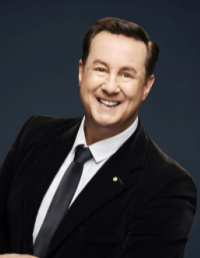 In 2007, Jonathon’s work creating choirs for the homeless and disadvantaged in Australia was the subject of the internationally acclaimed ARIA, Logie and Helpmann award winning TV documentary ‘Choir of Hard Knocks’, also creating the ‘Jailbirds’ documentary in the Victorian Women’s Prisons in 2009, and was a Judge on the highly successful ‘Battle of the Choirs’ TV series for Channel 7.

Jonathon has been recognised for his outstanding commitment to the music industry, youth music education and his work with marginalised and homeless communities with the Victorian and Australian of the Year Local Hero 2008, ANZAC of the Year 2009, an Honorary Doctorate, an Order of Australia in the Queen’s Birthday Honours in 2009 and an Honorary Fellow of the Australian Council of Educational Leaders.

In 2009 Jonathon created and launched ‘Social Inclusion Week’ making Australia the only country in the world to celebrate Social Inclusion nationally, and in September 2012 launched his vision for the future of arts, cultural and well-being programs for those experiencing homelessness and disadvantage with the ‘School of Hard Knocks’ and 'Play It Forward' - inclusive arts programs for all Australians.