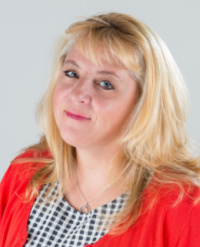 Serving as one of the Metropolitan Police Service’s most senior officers, Maxine Hulme QPM rose through the ranks of one of the most highly pressured working environments that exists, and in doing so was awarded the QPM for her services to policing.

An experienced advisor on transformational change, Maxine has led one of the most historically significant change programmes to the structure and delivery of the policing service across London, driving forward enhanced working practices through augmented technologies, reduction of management and bureaucracy and improved budget management.

Following the 2015 Paris terrorist attacks, Maxine spearheaded the largest counter terrorism exercise the UK has seen – a multi-site scenario with key partners, which saw her advising and liaising with the Government to ensure the Prime Minister and Cabinet were fully prepared and equipped to hold COBRA meetings during the two-day event.

As part of Specialist Crime Directorate, Maxine worked on the Kidnap Unit, as well as the Arts and Antiquities and Cheque and Credit Card squads. She has also led numerous high profile and sensitive cases involving the Royal Family, politicians, corporate blackmail and money laundering.

Maxine speaks with the authority of a wealth of experience and has delivered keynote speeches at numerous high-profile events, including those for the NHS, recruitment markets and throughout the Government and National Policing arenas. Outside of the police, Maxine also serves as Chair of the Board of Governors for an Educational Charity Trust in Surrey, moving the trust from significant loss to surplus during her time there.

Maxine is a keen horsewoman and has served as the Deputy Assistant Commissioner (Chief Officer mounted) at the Queen’s Trooping the Colour. She lives in Surrey with her family.