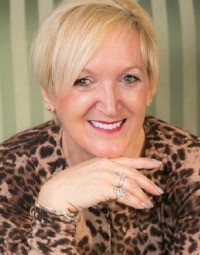 Avril Henry is an internationally acclaimed keynote speaker, author, leadership strategist and provocateur, who is passionate about diversity, and transforming old leadership models and workplace practices.

In 2016 Avril was named one of the AFR Westpac’s 100 Women of Influence, and one of the 10 most influential women in the Diversity and Equity space. Over the past decade Avril has won the prestigious Lifetime Achievement in HR Award and been a finalist for Best HR Director at the Australian Human Resources Awards. She has been finalist in the Sydney Business Review Business Woman of the Year, recognised by the NSW government as part of International Women's Day and nominated multiple times for the Telstra Businesswoman of the Year.

She is a regular panelist on ABC’s The Drum, and ABC radio; and contributes articles to several industry publications and newspapers. For two years Avril also had a weekly radio program with the ABC as the resident expert on workplace relations and HR, which was broadcast to 16 countries in Asia. She is the author and coauthor of several books on leadership and the different generations at work, and her book, Leadership Revelations II How Australians Lead In Crises, topped the Australian Financial Review BOSS magazine's best brain food books of 2012. In 2015 her latest book, Leadership Revelations III, How We Achieve the Gender Tipping Point was launched by the Chief of Army and the ASX.

Avril Henry is an outstanding speaker who is articulate, challenging, informative, compelling, dynamic and inspiring. These are just some of the words that clients have used to describe her.

Cutting through all the generational hype and bluster one person stands apart: Avril Henry. She tells it like it is and she tells it from the heart. Her conviction is palpable, her research is credible and her anecdotes are anchored in fact.

I have had the great benefit of participating with Avril in a personal development program as well as watching the very positive effect of her broader engagement on Army's senior leadership team from a position on the Chief of Army's Advisory Committee. nI do not usually write references for external support providers, but have made an exception for Avril because of the positive effect she has had on the Army and the way in which she has engaged and tried to understand us. I have no hesitation in recommending her and her company.

I simply loved your presentation. As a professional MC, I see countless professional speakers each year, many of whom do not live up to the hype. You totally exceeded all the great things I have heard about you from colleagues on the circuit over the years. It was a terrific, insightful, thoroughly engaging presentation and many of the delegates were talking about it for the next few days.