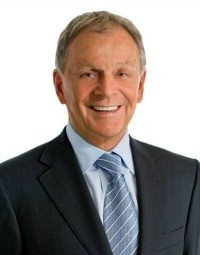 Geoff Dixon is Chairman of the Australian Government’s major tourism marketing organisation Tourism Australia, and Chairman of the Garvan Medical Research Foundation and Events Queensland. He is a highly respected and experienced businessman with a record of success on large and complex projects.

He sits on the boards of publicly listed Australian companies Crown Limited, Consolidated Media Holdings and Facilitate Digital. He is on the boards of Voyages Indigenous Tourism Australia, the Museum of Contemporary Art and the Great Barrier Reef Foundation, and is an Ambassador for the Australian Indigenous Education Foundation. Mr Dixon has also worked in the media, mining and government sectors.

He was Managing Director and Chief Executive Officer of Qantas Airways Limited from 2001 to 2008. He joined Qantas in 1994 and was also Chief Commercial Officer and, for two years, Deputy Chief Executive. Geoff’s tenure as CEO of Qantas coincided in a period when the aviation industry has been under pressure to remain competitive, with rising fuel and insurance costs. He has controversially outsourced a range of business activities to off-shore areas, including in-flight and IT services. He also established the low-cost carrier Jetstar Airways to compete with rival carrier Virgin Blue.