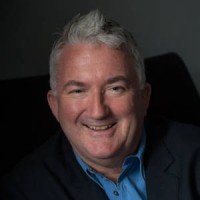 James Kerr, the author of global best-seller Legacy, reveals the simple secrets of success behind some of the world's elite business, sports and military organisations. He explores what drives the best teams to extraordinary results; a relentless focus on excellence, a collective commitment to an 'uncommon cause', a high degree of autonomy, trust and individual initiative, clear, candid and compelling communication, an emphasis on individual accountability, integrity and genuine humility, underpinned by a climate in which 'leaders create leaders'.

In Legacy, James Kerr unpicks the secrets of the world's most successful sporting team, the All Blacks. The book has been described as 'seminal' by the Independent newspaper and 'unputdownable' by Bloomberg. The Daily Telegraph newspaper called it the ‘modern version of Vince Lombardi’s guides to coaching' and says 'for those searching for genuine keys to team culture, it is manna from heaven.'

As well as small, elite teams, Kerr addresses the specific challenges faced by larger, more diverse organisations today: including the impact that female leaders can have in previously male dominated environments, the challenges of engaging millennials, the shift from a transactional towards a transformative leadership style, personal leadership, ethics and integrity, marginal gains and incremental improvement, values and vision-setting, and resilience in adversity

94% felt the meeting… inspired them to act as a transformative leader. James was really able to translate the All Blacks ethos and approach into something very relevant, not just for business generally, but for Roche in particular. His presentation was inspiring and also raised some questions to think about.

James Kerr was a delight to work from an event organisers point of view and he gave our members a fascinating insight into the culture of the world’s most successful sporting team. The parallels drawn between leadership in sport and business where both insightful and inspirational and the event feedback we received was exceptional: “just about the best event I have attended”, “one of the best learning events I’ve attended” and “having completed numerous management training sessions I can honestly say I've taken more away from this morning than the last course which lasted eight days!!'.