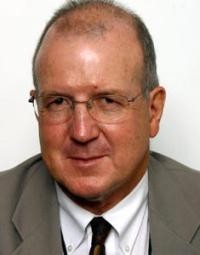 Nicholas Jans describes himself as a soldier, a scholar and a management consultant, since much of his professional practice has encompassed all three roles.

He served in the Australian Regular Army from 1961-86, retaining his association with the military thereafter as reservist (Brigadier) and consultant. Nicholas has consulted to a wide variety of public, private, emergency service and military organisations in Australia, the US and the Asia-Pacific region.

His recent book, Leadership Secrets of the Australian Army: Learn from the best and inspire your team for great results (Allen & Unwin, 2018), identifies the distinctive principles and practices behind Australia's military's values-based leadership practices, and how they can be applied in any organisation at any level.

Nicholas is on the editorial board of Armed Forces & Society, the world’s leading military sociology journal, and is a Visiting Fellow at the School of Business at UNSW Canberra.

As a resident of Marysville in Victoria, he became deeply engaged in community recovery and regeneration after the Black Saturday bushfires in February 2009, for which he was later awarded the Medal of the Order of Australia.