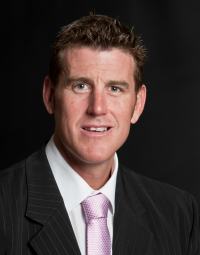 Ben is a recipient of the highest award in the Australian military honours system, the Victoria Cross for Australia, awarded in 2011 for the most conspicuous gallantry in action in circumstances of extreme peril in Afghanistan. Ben was also awarded the Medal for Gallantry in 2006 and the Commendation for Distinguished Service in 2013. He is the Commonwealth’s most highly decorated serviceman from the war in Afghanistan.

Ben’s contribution to Australia extends passed his military service; he is Patron of the White Cloud Foundation who assist suffers of depression and Wandering Warriors who support current and ex-servicemen. He is also a National Ambassador for Legacy.

Since retiring from the Armed Forces, Ben has been a leading strategic advisor to Government and industry on a broad range of defence, security and personnel issues. Ben is the Deputy Chair of the Prime Minister’s Advisory Council for Veterans Mental Health and is also a member of the Queensland Veterans Advisory Council.

Ben has his own consultancy business, advising clients across a range of sectors in relation to corporate culture, strategic restructuring and change management. He has focused extensively on assisting companies during change management processes and on helping industry to reap the benefits of a high performance workplace culture. He is also in high demand as a guest speaker on the topics of leadership, teamwork, success, risk, planning as well as sharing his heroic story.

Ben holds an Advanced Diploma in Management, Diploma in Government and Diploma in Government (Security) and is studying towards an MBA. In 2015 Ben was appointed Deputy General Manager of Seven Queensland, where he has responsibility for all aspects of the network, including sales, production and marketing. He is a Graduate of the Australian Institute of Company Directors (GAICD) and a Fellow of the Australian Institute of Management (FAIM).

Ben was outstanding - 10 out of 10. Standing ovation. I've seen a lot of speakers throughout my career and Ben tops the list. Never seen a sales team so engaged and they are just raving about him.

Overnight I have received a flood of emails from our dealers praising us for selecting Ben (I don't usually get any feedback at all). They thoroughly enjoyed his presentation and were really touched by his stories. Ben completely put us out of our comfort zone and made us realise how precious life is. And the way he tied in his experience to our business objectives was spot on. Please tell Ben that he nailed it and that we were thrilled to have him part of our event which will become one of the most memorable for years to come.

They say life is not measured by the number of breaths you take, but by the moments that take your breath away. Ben's presentation was breathtaking, quite simply he's one of the most inspiring men on the planet.

The theme of our conference was Inspire to Lead. This theme encompassed all facets of leadership and team based achievement. In Ben's presentation he encapsulated the best qualities of an individual working under extreme duress in a team dependent environment. A team's performance is grounded in its ability to work towards a goal with each member following a set plan and adapting to changes, as they occur to achieve the desired result. Ben's personal story is at once both inspiring and an affirmation of what can be done if a team is led well, there is a good plan in place and talented individuals rise to the challenges they face. We are extremely grateful for Ben's service and the professionalism and heartfelt retelling of his story. As a company Electrolux wishes Ben all the best in whatever endeavour he undertakes in his future life. Ben's presentation was a highlight of our conference and has inspired us to strive to achieve all we can in the coming years.