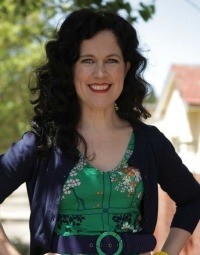 Annabel Crabb is one of Australia's most beloved journalists. She is the host of ABCTV’s Kitchen Cabinet and recently wrote and presented a ground-breaking documentary series set inside Parliament House, “The House, with Annabel Crabb”.

Annabel is the author of the bestselling book “The Wife Drought” and wrote a long-running humourous syndicated column in Fairfax newspapers about social affairs. She is a sought-after speaker and presenter.

As host of the ABC's enormously popular series Kitchen Cabinet, Annabel has broken bread with Australia's most influential political leaders and shared her magnificent desserts in kitchens around the country which led to the release of her book co-written with Wendy Sharpe “Special Delivery - Favourite Food to Make and Take”.